Wild Wadi in Dubai is about to debut an exhilarating waterslide complex. Installed by ProSlide, the new addition features the world’s first side-by-side BowlingAlley and TantrumAlley and is expected to take the award-winning waterpark by storm.

Each slide features a succession of interlinked open and tube sections, punctuated either by two bowl slides or three funnels, allowing riders to swirl around in a whirlpool motion, or oscillate from side to side. The BowlingAlley measures 160-metres in length and guests ride inside a four/five-person raft, while Tantrum Alley is 130-metres long, enjoyed inside a four-person Cloverleaf tubes. The grand opening of the new attraction is due in January, while a soft opening was expected in December. 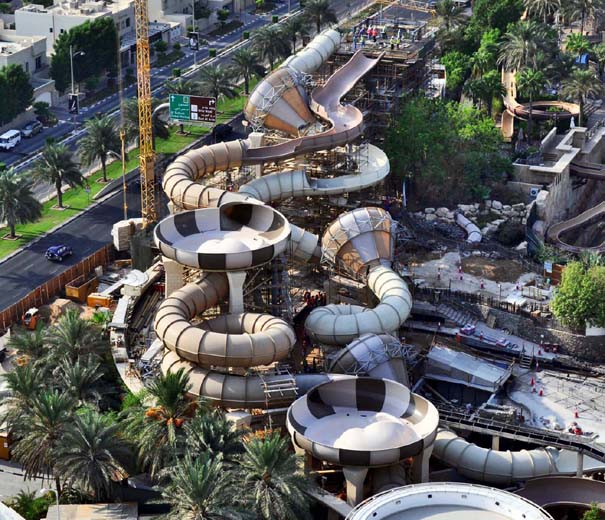