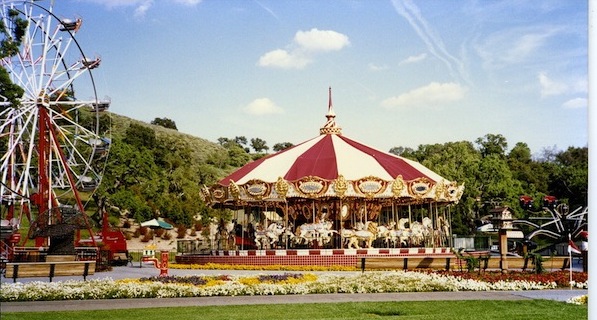 Over a 15-year period from 1990 to 2005, entertainer Michael Jackson operated a personal amusement park on his California ranch with a ride arsenal that, at the time, would have been the envy of several smaller park operators. He also had a zoo, petting zoo, reptile barn and alligator pond to entertain guests. Park World takes an exclusive look at Neverland Valley. 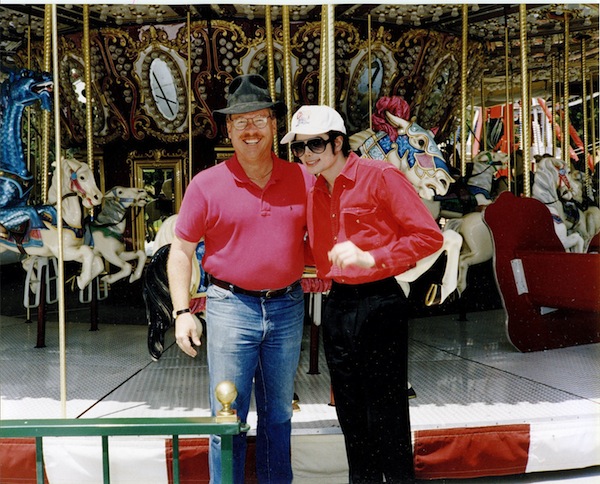 “I was Michael Jackson’s personal ride consultant and developer for the private Neverland Valley Amusement Park at his 2,600 acre ranch near Los Olivos, California,” says Robert E (Rob) Swinson, who at the time was the national sales manager for Chance Rides, Wichita, Kansas. “Phase 1 of Michael’s amusement park project commenced in June 1990 when the site for the new park was ‘bare dirt’ and we worked closely together to June 1993 developing this long-time dream. Since the age of 17, Michael had dreamed of building his own private amusement park for ‘the children of the world’ – especially underprivileged, handicapped and terminally ill children – thus his wonderfully exciting and beautiful creation, Neverland Valley Park!”

“Michael wrote a personal note to me in May 1992 on an amusement ride catalogue – ‘To Rob, The Maker of Dreams. Love Thanx Michael Jackson.’ Few were so closely involved inside Mike’s trusted and personal ‘inner circle’ of close associates and friends that included, Marlon and Miko Brando, Elizabeth Taylor, David E Nordahl and Norma E Staikos, Michaels former executive administrator. I was blessed and very fortunate to have shared personal moments with all of them.” 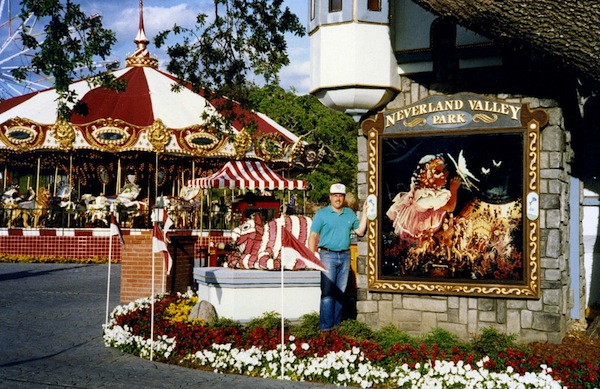 Allan (“Big Al”) Scanlon was the director of maintenance at Neverland Ranch. He bought many of the rides at Michael’s direction and was responsible for their operation. Jackson eventually bought 18 rides between 1990 and 1997. They included six rides from Chance including a Carousel, Sea Dragon, two-mile-long CP Huntington train, Wipeout and two Zippers (in 1987 and 1990 respectively). There were also four Zamperla rides including a Turtle Train, Lolli Swing, Samba Balloon, and Dumbos/Dragons. An Eyerly Spider arrived from Roger Jourdan’s Michigan Adventure. There was a Ferris wheel from Eli Bridge, a Slide by Manco, a Zierer Wave Swinger, a Bumper Car building by Majestic Manufacturing with 20 bumper cars, Hampton/SBF Jeeps, SBF Western Train, the Dragon Wagon roller coaster from Wisdom, and a refurbished mile-long Crown steam train named Katherine after Jackson’s mother.

“Michael Jackson’s most personal favourite was the Chance ‘Zipper’ because it was wild,” recalls Lance Brown, Jackson’s ranch manager from 1989 through to 1993. “Michael liked spinning at the top up to three times if he hit it just right. Michael’s most popular ride with the kids was the Sea Dragon because they could ride it together. He’d put his hands up in the air with all the kids as it was coming down and back up with everyone squealing!” 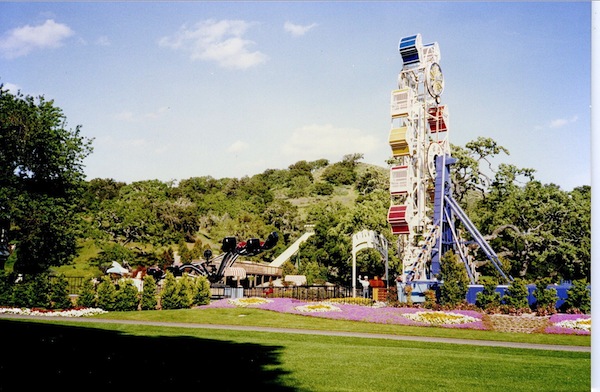 “Vans would bring small groups of children from Make-A-Wish up to Neverland Valley Ranch,” adds Brown. “A lot of them were handicapped. Michael liked watching as we’d put them on the carousel with an adult, riding with them and making these kids forget their disabilities – their faces would light up like Christmas trees!”

“Michael held an annual ‘Family Day’ for ranch employees and their families to show his appreciation,” Brown notes. “They rode rides at the amusement park, visited his zoo and petting zoo, reptile barn and alligator pond. I want people to know Michael Jackson was a very good person. Michael gave of himself in a way the general public doesn’t know about. Michael was very generous with what he had and loved sharing it with the children. He really enjoyed seeing their reactions and giving them the opportunity to see and do things not normally available to them – having a day in Neverland!” 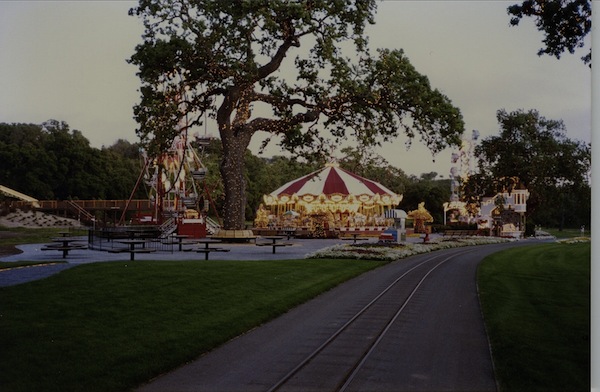 “Michael was so excited when a new amusement ride arrived. He would give his input where the ride was to be set up and he wanted the undulating lawns around the park for the kids to roll and tumble down. Michael was definitely a kid at heart! Neverland Valley Ranch was his private escape, but I don’t think he ever came back after the second ordeal [2004-2005 lawsuit].”

“The only other time I believe Michael Jackson was happier than when we created his teenage dream, Neverland Valley,” concludes Swinson, “was having three children of his own! Michael Jackson and I shared some of his lifetime’s most enjoyable personal moments and experiences.” 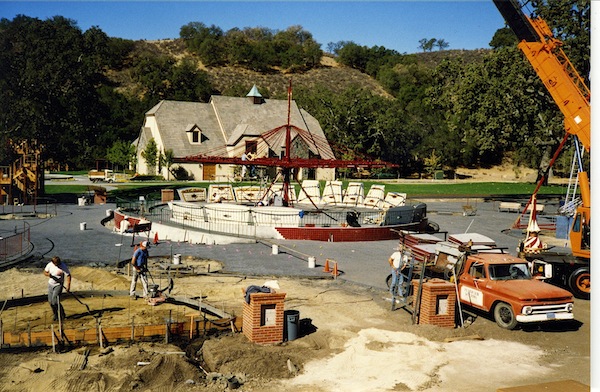 Although rumours circulate suggesting Neverland Ranch may be turned into a visitor attraction to celebrate Michael Jackson’s life, the rides that made up Neverland Valley Park are well and truly gone. They do, however, live on at a handful parks and carnivals across the United States.