Morey’s Piers, Wildwood, New Jersey, is planning a major new attraction for 2010 on the the site of its old miniature golf course at Mariner’s Landing Pier.

Although construction is underway, Morey’s has said that the nature and type of addition will remain a mystery until the opening event in late May 2010.

According to Norris Clark, director of sales and marketing, “Jack Morey has asked everyone associated with the new attraction, including myself, to sign a confidentiality agreement. I can say the new attraction, which is being referred to as Project 5292010, is now under development and that there is a ‘significant’ budget. It is sure to be a one-of-a-kind addition to the Wildwoods.” 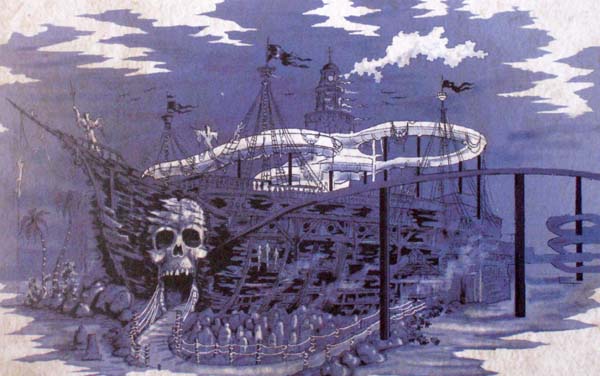 But clues are emerging. In the book A Wild Ride published last summer it mentions that Texas-based artist Jorge Fuentes of Fun Works is working on a new project for Morey’s called the Ghost Ship, and even included the rendering above. It looks like a dark walk-through. This makes sense, since Morey’s has had great success with its other dark attractions including Dante’s Dungeon, Pirates of the Wildwoods and Curse of the Mummy.

Pictured below: Construction gets underway. 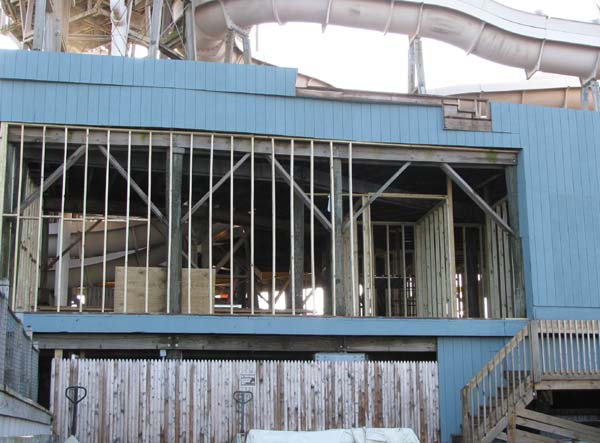