Open this winter in the centre of Paris is a new giant Ferris Wheel (Roue de Paris) on Place de la Concorde, courtesy of the Dutch manufacturer Mondial and operator Marcel Campion.

The ride was new earlier this year, and arrives in the capital after a season travelling around France. Campion previously operated a Bussink wheel of the same name on Place de la Concorde.

The Mondial attraction stands 55-metres tall, but occupies a footprint of just 21 x 19-metres. The ride includes a total of 42 enclosed panoramic gondolas with integrated climate control and automatic doors and is powered by eight drive motors and a fully automatic operation programme. An energy-saving LED lighting system provides piercing white illumination after dark.Constructed according to the Mondial’s “Compact System,” the wheel travels on just three trailers and can be erected in one day without any cranes. Collapsible gondolas and minimal “spokes” reduce the ride’s bulk. 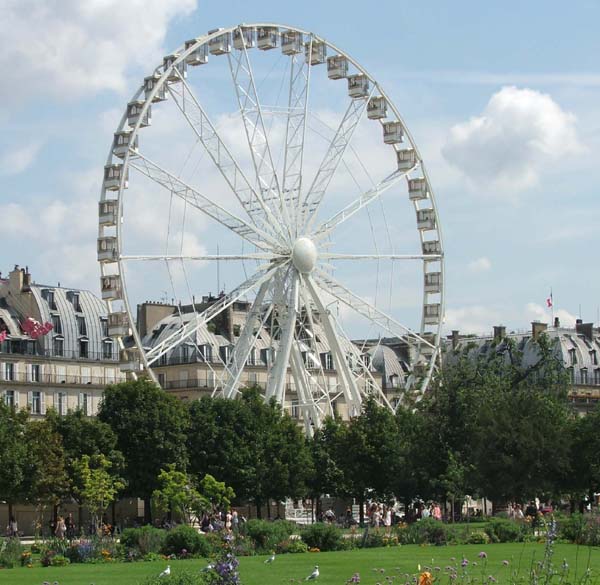