Standing almost 200ft-tall, Divertical will become the world’s tallest water coaster when it opens this season in Italy.

The Intamin attraction, now under construction at Mirabilandia, will stand 60-metres high, making it Italy’s tallest rollercoaster. The ride will feature a vertical launch system similar to that on Pilgrims Plunge at Holiday World (USA) – currently the world’s tallest water coaster – followed by an extended track layout including two splash sections.

Passengers in each of 11 boats will travel at speeds of up to 110kmh during the 2 minute 40 second experience. Dubbed, “the Formula One of the Seas,” the attraction will feature a motorboat racing theme and is set for a June 2012 debut. 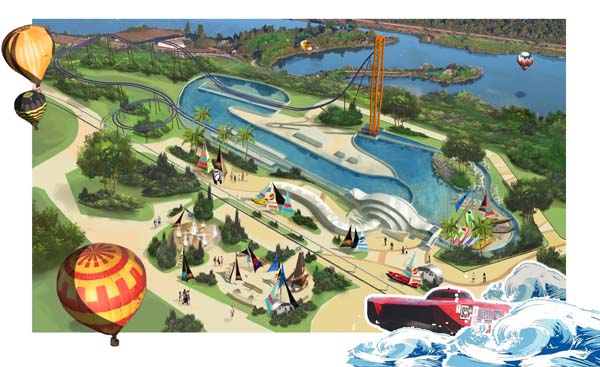 “Divertical will be not only be the highest water coaster in the world, but thanks to its imposing size and its innovative concept will also become an icon of the park,” notes Mirabilandia CEO Riccardo Copo.

Located between Ravenna and Rimini, Mirabilandia is Italy’s second most popular amusement park (behind Gardaland), entertaining around 1.5 million guests a year. Divertical will join in a thrill ride line-up that also includes the Intamin launch coaster iSpeed and B&M inverted coaster Katun.

See the video below for a taste of what lies in store and view the ride’s progress on the Mirabilandia blog.