Two mini golf courses have opened recently at opposite ends of the United States, each offering a uniquely themed experience. 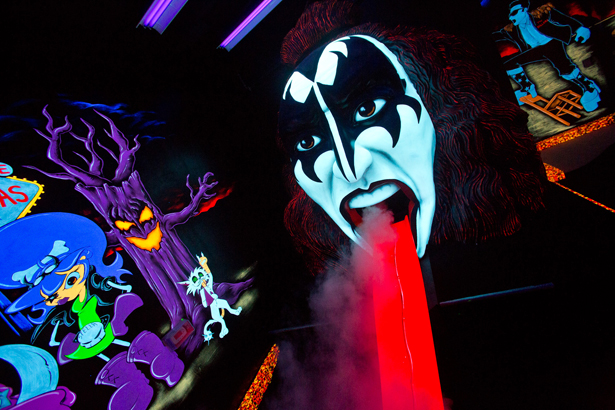 Players putt to the sounds of a live DJ playing continuous Kiss music, and can also enjoy trivia, contests and prizes. A gift shop offers Kiss by Monster Mini Golf memorabilia and souvenirs, while Kiss themed event rooms are available for various events. The attraction also features its own wedding chapel so wannabe rock stars can tie the knot in style.

Operating seven days a week, the flagship attraction in Vegas is one of around 30 Monster Mini Golf sites across North America. The course was opened on March 15 by Simmons and fellow Kiss founder member Paul Stanley, with current band members Tommy Thayer and Eric Singer also in attendance. 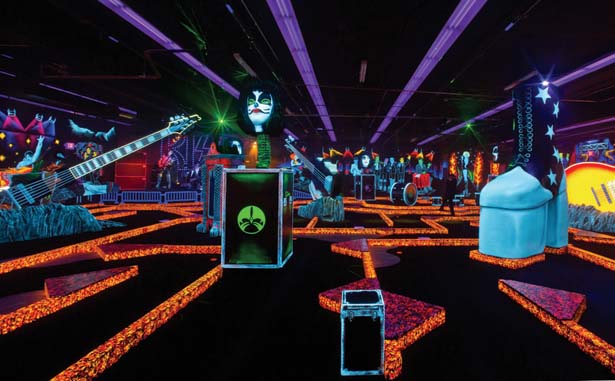 Over in Central Florida, Hollywood Drive-In Golf has opened at Universal Orlando. Located within the Universal CityWalk entertainment district, the dual course (2 x 18 holes) has been designed by Universal’s Creative team in partnership with Adventure Golf Design and Development and integrates several famous film franchises.

The Haunting of Ghostly Greens features such well-known characters as Dracula, Wolfman, Frankenstein’s Monster and the Bride of Frankenstein, while the Invaders from Planet Putt course is dedicated to the “little green men” science fiction films of the 1950s.

One of several elaborate mini golf experiences in the Orlando area, it is the only place where players can enjoy teeing off through the open mouth of a giant space worm or in the basement laboratory of a haunted house. The cost is $13.99 per game on each course, but discounts are available for those playing both courses or for Universal Pass holders. 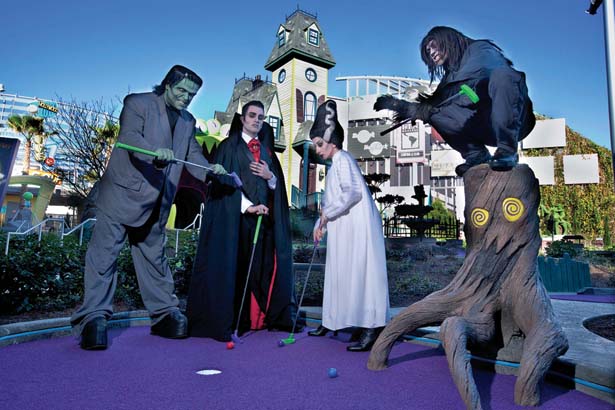 Mini golf fans at England’s Adventure Island amusement park ditched the plus fours and chunky chequered sweaters last month to help set a new world record. The cheekily named “Pitch and Butt” event on March 25 saw 30 people strip off at Southend-on-Sea and play a round of the park’s 18-hole Adventure Golf. In doing so the set a new record for “Most Naked People to play a Miniature Golf Course in one hour” and raised £3,000 for the Prostate Cancer Charity.

One player, 28-year-old Emma Burton, reported, “I work as a life model for art classes, so I have no problem with people seeing me naked. It is just a bit of fun for a good cause, plus there were loads of people doing it with me. I prefer raising money in events like this because I don’t think I’m fit enough to run a marathon!”

The publicity stunt was not the first time Adventure Island guests have taken off their clothes to raise money and get in the record books. In August 2010, 102 people jumped on board the park’s Green Dragon coaster au natural. 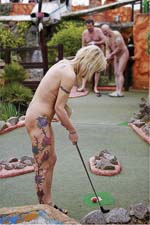