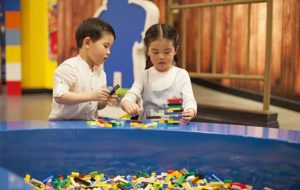 Merlin Entertainments will open a LegolandDiscovery Centre in Beijing, building on its existing attractions in China.

The announcement comes at a time of particular focus on UK links with China, during UK Prime Minister Theresa May’s trade visit to the country this week. She has acknowledged the importance of UK business activity in China, including Merlin’s c£20m investment in Midway attractions, which also includes the previously announced Little BIG City Beijing and The Shanghai Dungeon.

Legoland Discovery Centre Beijing is due to open at Long Hu Beijing Chang Ying Tian Jie mall in 2019, and will be a unique indoor attraction, specifically designed for children aged 3-10 and their families. It will provide

interactive and educational experiences, including a range of Lego play areas, rides, Lego Master Model Builder classes, party rooms, a 4D cinema and a Miniland. Miniland areas are localised to each destination and there will be an opportunity for the local community to nominate local landmarks at a later date. Construction at the site is set to begin later this year.

When completed, Legoland Discovery Centre Beijing will complement Merlin’s visitor leisure experiences in the city, with Madame Tussauds already in operation and Little BIG City due to open later this year. The Company also has a number of study agreements in place for Legoland parks in China.

John Jakobsen, chief new openings officer, said: “We are delighted to be introducing our latest offer in Beijing which will mark our thirteenth attraction in China. The country is an exciting and important market for Merlin as we increase the geographical diversification of our attractions and continue the Midway roll out that is set to accelerate this year, particularly in Asia.”