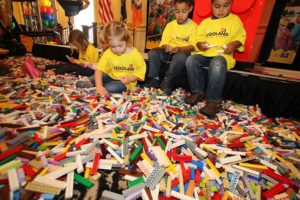 Merlin Entertainments has announced that it will open a Legoland Park in New York, its third in North America. Expected to open in 2020 and ideally positioned within a two-hour catchment of 23 million people, the park will be located in Goshen, Orange County, 60 miles north-west of New York City.

Legoland New York, which will be fully owned and operated by Merlin, represents a total Company investment of $350m (c.£265m), and will include a 250-bedroom LEGO themed hotel from the outset.

Once completed, Legoland New York will be open seasonally from April to November. The Legoland Hotel, which will be open all year round, will be a LEGO world immersive experience, featuring hundreds of LEGO models made from millions of LEGO bricks.

The resort is expected to generate more than 1,000 jobs in addition to 800 construction jobs in its development.

Legoland New York will be Merlin’s ninth Legoland Park, and follows the opening of Legoland Japan in April 2017 and Legoland Dubai in October 2016.  Merlin has announced its intention to open a Legoland Park in South Korea and there are plans for further parks in China.

“Legoland New York is the first new major theme park in the North East of the US for several decades, and is perfectly located for visitors from New York, Boston, and Philadelphia and beyond. At $350m it is our largest investment in a single park to date, and our third Legoland Park in North America, the world’s largest market for theme parks and the LEGO brand. This investment reaffirms our commitment to further diversifying Merlin’s portfolio of attractions internationally and is an important milestone in our global Legoland rollout programme. We look forward to start the building project and working closely with the people of Goshen to establish a fantastic short break destination for families in the New York and surrounding areas.”