The deal marks Merlin’s entry into Australia, covering Village Roadshow’s (VR) aquarium and attractions businesses, which include Sydney’s top three tourist attractions: Sydney Aquarium (pictured), Sydney Wildlife World and the Sydney Tower Observatory and Skywalk. As well as Manly Oceanworld in Sydney and the Hamilton Island Wildlife Park in Queensland, Merlin also takes control of an attraction in New Zealand, Kelly Tarlton’s Antarctic Encounter and Underwater World in Auckland. Village Roadshow’s operations on the Gold Coast in Queensland, which include Warner Bros Movie World, Sea World and the Wet ‘n’ Wild waterpark, are not included in the deal.

Following the completion of the acquisition, due early in 2011, Merlin is committed to a multi-million dollar investment programme under which, it will rebrand the assets as appropriate using its tried and tested attraction brands. These include Sea Life, the world’s biggest aquarium brand, as well ad a new identity for the Sydney Tower Observatory, which will become the first attraction outside the UK to use the “Eye” brand.

Merlin and VR have also entered into an understanding to explore further attraction developments in the Australian and wider Asia pacific markets and plans are already in place to develop two “midway” attractions, a Madame Tussauds and a Legoland Discovery Centre.

“This is an important step for Merlin, significantly strengthening our presence in the dynamic Asia Pacific region,” notes Merlin chief executive Nick Varney. “Merlin has a strong track record of successfully growing the assets it buys and we are confident that our proven formula will work in this exciting market. The deal means that in Sydney, one of the world’s leading cities, we will have a ‘cluster’ of leading visitor attractions to match our strength in the London and Berlin markets.”

The entry into Australia and New Zealand will bolster Merlin’s position in the wider Asia Pacific region, where the group has already established Madame Tussauds attractions in Hong Kong, Shanghai and most recently Bangkok. Merlin will also be opening a full size Legoland park, its first in Asia, in Malaysia during 2012.

Under the sale, Village Roadshow will receive net cash proceeds of approximately AUS$115 million (US$166m/€87m). The deal is subject to a number of regulatory approvals and third-party consents.

Pictured below: The Sydney Tower 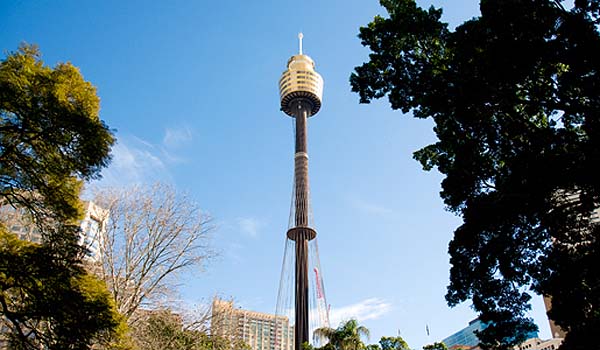