The rides in question will be an X-Car launch coaster and a spinning coaster. The latter, occupying a footprint of 40 x 60-metres, is being constructed inside a building, as seen here, with a “panorama curve” escaping outside the hall.

The ride features 430 metres of track and two lift sections, the first located at the start of the ride as you’d expect and the second shortly before returning into the station. The ride features seven cars and an hourly capacity for 850 passengers. 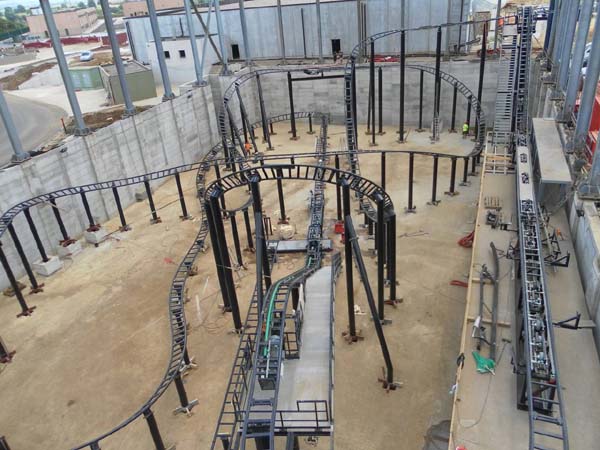 Rainbow Magic Land will open in spring 2011 and represents an investment of around €200 million. 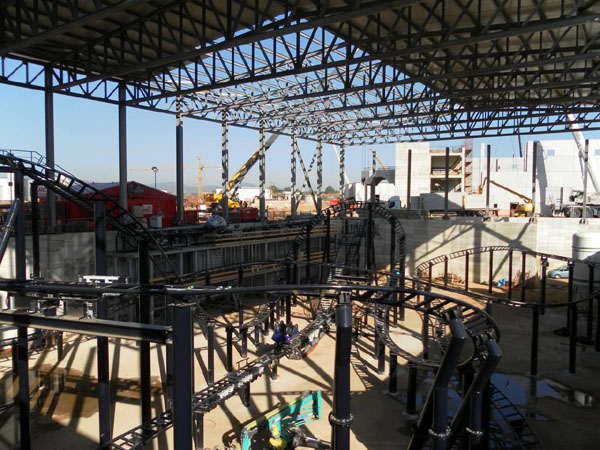