Several new attractions have opened within the last 12 months in Singapore, and two more are about to come on tap. Park World is pleased to give you the low-down.

Supertree Grove at Gardens by the Bay

Gardens By The Bay

Entry to the Bay South garden is free, including such features as Tadpole Garden, Dragonfly Island and Supertree Grove, which features 18 “vertical gardens” of between 25 to 50-metres-tall, each with large canopies that provide shade in the day and come alive with a exhilarating display of light and sound at night. Guests must pay to enter the two climate-controlled conservatories Cloud Forest and Flower Dome, or to cross the 128-metre long walkway that connects two of the Supertrees at Supertree Grove.

Cited as Singapore’s most costly public project to date, Gardens By The Bay was founded by the National Parks Board, and is now governed by an independent organisation and registered charity responsible for developing and managing this world-class showcase of horticulture and garden artistry. 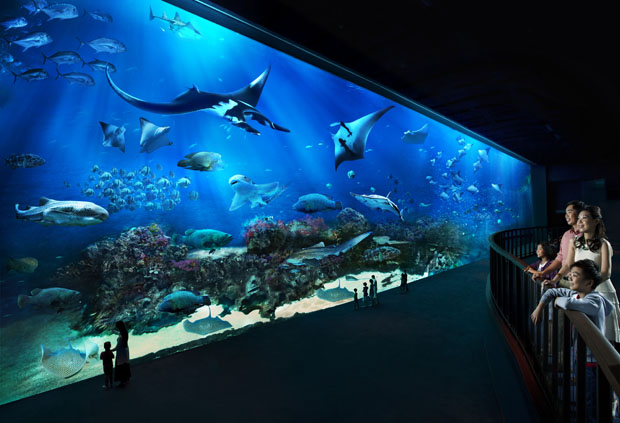 The final piece of the jigsaw at Resorts World Sentosa is Marine Life Park. Launched on December 7 after a soft opening period in November, it comprises two separate gated attractions.

The Southeast Asia Aquarium (SEA Aquarium) is billed as the world’s largest oceanarium, home to 100,000 marine animals of over 800 species, living inside a 60 million-litre shipwreck-themed habitat. Adventure Cove Waterpark, on the other hand, is the region’s only waterpark fusing exhilarating water attractions with marine life elements, such as the chance to snorkel amongst thousands of fish in Rainbow Reef. Riptide Rocket, the region’s first hydro-magnetic waterslide coaster, is one of several ProSlide attractions featured. 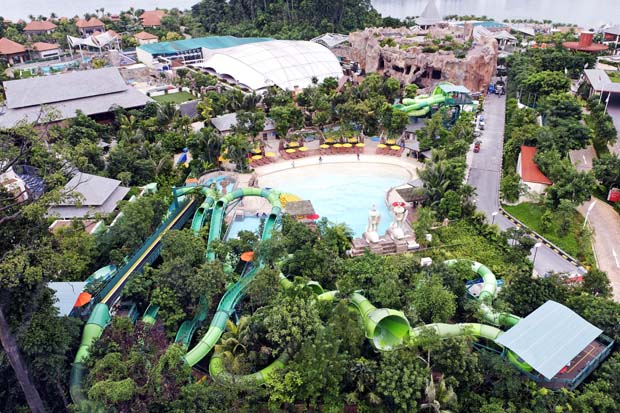 Meanwhile guest staying at Resorts World Sentosa’s Beach Villas can choose from 11 Ocean Suites for an unforgettable encounter with Marine Life Park’s underwater inhabitants. These special two-storey rooms feature floor-to-ceiling acrylic panels providing unrivalled views of the fish and rays inside SEA Aquarium’s Open Ocean habitat. Slide away the wooden decking on the floor and a hidden bath reveals itself. Climb inside and you can soak up the suds whilst watching the sea life float by the window – a pretty cool feature by any stretch of the imagination. The rack rate is for each Ocean Suite is US$2400 (US$2,000/€1,500).

According to Resorts World Sentosa CEO (Mr) Tan Hee Teck, “Marine Life Park puts Singapore in the pole position as the number one family destination in this region for many years to come. This is the only integrated resort in the world that a visitor can spend over three full days in.” 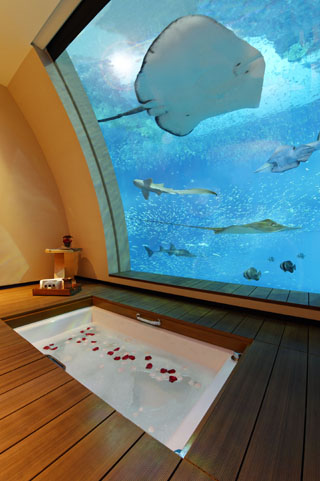 Singapore Zoo is one of the longest established and most-loved attractions with local residents, whilst the city’s Night Safari is a popular destination for tourists. Set within the same wildlife reserves, the new S$160 million ($130m/€100m) River Safari will debut in the first quarter of 2013.

Visitors will be able to float past over 5,000 land-based and freshwater animals, representing over 300 species – including pandas – set amongst 12 hectares of parkland populated by over 150 plant species. Passengers will pass through replicas of some of the world’s most famous river habitats, including the Yangtze, Amazon and Nile, during the 30-minute boat ride.

River Safari will also play an important role in the global captive breeding programme, ensuring the long-term survival of endangered and threatened species such as the manatee and the giant river otter. 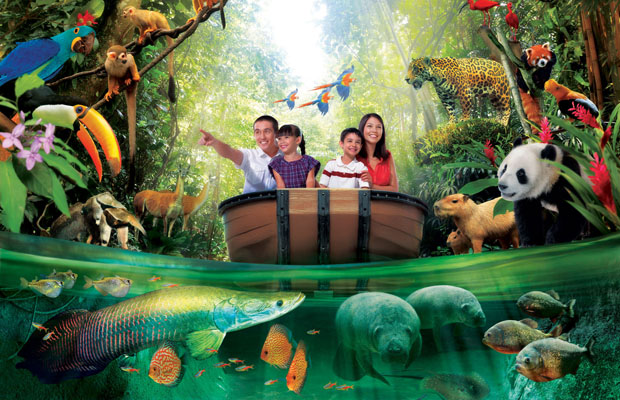 Since the park debuted along with the rest of Resorts World Sentosa in 2010, a number of new attractions and intellectual properties have been introduced to Universal Studios Singapore, including Madagascar: A Crate Adventure and Transformers: The Ride 3D. The latest, set to launch early 2013, will be dedicated to the popular Children’s TV show Sesame Street. Universal Studios introduced live shows, meet-and-greet opportunities and merchandise featuring the various Sesame Street characters within its New York themed area this summer and will soon open Sesame Street Spaghetti Space Chase, a dark ride dedicated to Elmo.