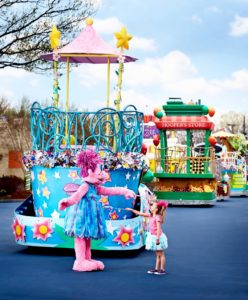 A Sesame Street parade, a waterslide, a summer celebration and a beer festival are among the new experiences coming to SeaWorld and Aquatica San Antonio in 2018.

Taumata Racer, named for a famous hill in New Zealand, is slated to open in spring 2018 at Aquatica San Antonio. The high-speed waterslide from WhiteWater West sends riders zoom downhill head first on foam bodysurfing mats. A competitive ride with six side-by-side lanes, Taumata Racer launches riders in an entry tunnel that makes a swooping, 180º turn before straightening out to make two additional descents over the 375-foot (114m) slide length and 55-foot (17m) drop in under 10 seconds.

Bier Fest is inspired by more than 200 years of Oktoberfest traditions and will feature a lineup of more than 100 beers from around the globe, including a variety of local favorites. Finally, n                  ight-time experience Electric Ocean will headline SeaWorld’s summer offerings with a nightly firework display and party zones to create an electrifying dance club atmosphere.