After introducing the hit Peppa Pig World in 2011, Paultons Park in Hampshire, England, has extended an olive brand to its older guests this season with the addition of a tower ride called Magma.

The Jurassic volcano-themed attraction was officially unveiled on March 31 and propels riders skywards through a cloud of smoke. As the circular car moves up and down the 25-metre tower, it also turns horizontally, providing passengers with an added sensation.

The new attraction is one of two Drop ‘n’ Twist towers in the UK from the Italian manufacturer SBF/Visa (the other at Flambards in Cornwall). Theming was by RMA from London, which also did the design work for Peppa Pig World. 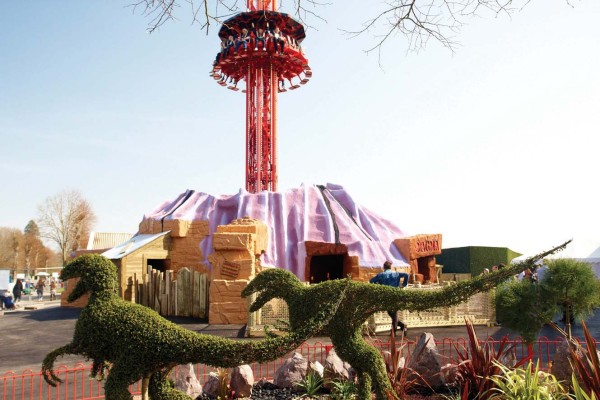