SeaWorld San Diego, California, is to add a Manta coaster in time for the 2012 season.

Unlike the ride of the same name at SeaWorld Orlando, which is based around a B&M flying coaster, San Diego’s version will feature a launched coaster from Mack Rides.

Because of a strict height limit that governs most of the San Diego coast, the 2,835ft-long ride will not stand any higher than 30ft (9.1-metres) above the ground, although the park plans to excavate a further 24ft in order to create a 54ft drop, as well as a water feature and animal habitat.

Passengers will begin their ride in a launch tunnel with larger-than-life images of rays projected onto a 270-degree surround screen. The projections are expected to enhance the physical acceleration as the ride as it launches down the track.

The ride will be located just north of SeaWorld’s Rocky Point Preserve and ground-breaking is expected this March. 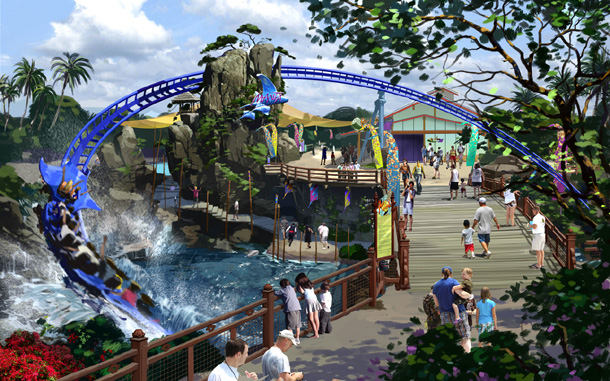