Australian-born Lynton V Harris is the chairman and CEO of Sudden Impact! Entertainment, creator of live Hollywood branded experiences and touring attractions including Alien Vs Predator Vs You, The Mummy Live!, Tomb Raider Live! and Ice Age On Ice, which recently opened in Las Vegas. Here he shares 12 essential tips and industry anecdotes.

Before we did Madison Scare Garden in 1996, I spent a couple of years researching the market in the US. A lot of it was this spooky, cheesy kind of looking stuff, some guy with a church hall or a farm, some untrained actors, turn out lights and away you go. It was very raw, but kind of fun in a way. However, we thought, “We can’t do this shit at Madison Square Garden!” You can’t put in eight $5 haunted houses; it doesn’t make it a $40 show. There was really only one big theme park doing it at the time, Knott’s Berry Farm with Knott’s Scary Farm. We were the first indoor proposition, in an arena. It seems that after Knott’s Scary Farm and Madison SCARE Garden, all of a sudden parks could see it as a good commercial end of season thing, to get guests back one more time.

We didn’t use any licensed product at Madison SCARE Garden until the very last season, when we brought in The Mummy Live!, after which we took it on the road. That proved categorically that this was a unique form of entertainment that we could tour all year round and gave us the opportunity to get out of the Halloween market. Now some of most successful attractions are things like Prison Break, The Mummy and Tomb Raider Live!, not what you would call typical haunted houses, and certainly not clichéd haunted houses.

As custodians of major Hollywood brands, we have to be protective of them. If I put The Mummy or Tomb Raider into a park there then there is an expectation on the part of the guest. However, we are given great creative licence with the characters we use. Tomb Raider makes a great attraction, you are going into a dark tomb; it’s tactile and it’s scary. With Lara Croft we created what we call the “good guy scare,” a beautiful girl scaring people. It works! A good guy scare with good people and good design will always win over something cheesy.

Recently we launched Terminator X: A Laser Battle for Salvation into three parks on three continents following a successful trial last year at Dreamworld in Australia. I had never played laser tag before, but researched about 20 centres. What I discovered was that if the game lasts too long or it’s in a small area, it’s boring; you just go around shooting the same people, or if you suck you suck for longer! We wanted to flip that on its head, we made the arena smarter than the kids and scripted a show with actors. I didn’t want the season pass holder to be able to win every game, I wanted his little sister to be able to win. We also made the game a lot shorter. The average laser tag I think was 12 minutes, we’ve cut it down to four or five, so the adrenaline stays high. You need to find that sweet spot so that they don’t get bored but don’t feel ripped off either.

Our guest satisfaction scores at La Ronde in Montreal with Terminator X are really high; up there with the top rollercoasters. Our strategy is to approach parks in what we say is a “no ride year.” They still need a headline act, it might not be a $10 million rollercoaster, but it needs to be cool, fun and exciting. Our attractions provide parks with all the benefits of a major Hollywood brand, but with the flexibility to take them out again after just a few years; you’re not stuck with the licence.

Anyone can tell you they’ve got a great idea for an attraction, but you must understand all the pieces of the puzzle to make it work. For example, you can make a billon dollar movie but it can still suck. Well it’s the same with attractions, it’s all just wood unless you can make it a show. To this day you still have a lot of Halloween attractions with people running around all over the place. This means only a few people get scared. Anyone paying for a ticket should get as close to the same experience as possible. We strive for consistency. In an organic, free-moving product that is extremely difficult. You have to add structure and formality and make it work it like clockwork. 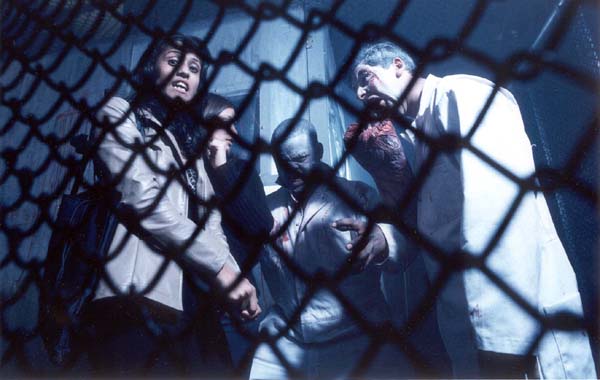 Scaring people is very funny, it’s very addictive, but anyone can turn the lights out and make someone scream. Before every attraction, we do a Scare School. We’ve even done them in countries where we don’t speak the language! Around 95% of our actor training takes place in broad daylight, which is counter intuitive to some extent, but this way they learn a much greater skill set. If you can scare the hell out of someone in broad daylight before they’ve even gone into an attraction, that’s fantastic!

When I was in the UK earlier this year, I visited SAW at Thorpe Park. The ride is great, but in the maze I had four or five actors touch me and, you know, that’s not clever. Some people may not agree with me, but I think it’s not a smart way to go for a number of reasons. If I let an actor touch you, and someone grabs you back, it’s your own fault. Are you ready for the litigation? If that’s your only scare it’s a bit lame. Ghosts Alive! at Warwick Castle was one of our funniest shows ever, people were screaming before they’d even gone in the front door …and no one ever got touched! It’s much cooler if you are clever.

Doing our first Terror in the Towers at Alton Towers was very exciting, it was a blank canvas. I remember doing the soundtracks for these rooms, these big halls; it really transformed it. You have to look at a space differently to anyone else; you’re creating something in a space that wasn’t designed for it. In London recently I went to see the London Tomb. They are good guys down there but I think they had bought the entire catalogue of the haunted attractions industry! They had unwittingly cheapened this great environment.

A lot of people like to do a chainsaw at the end of an attraction because it scares people. Here’s my theory on chainsaws: I would use it in the right context, but take The Mummy Live!, you are in ancient China and there shouldn’t be a chainsaw in there, simple as that. What we did instead was create this old lady scare, she came alive at the very end. All she did was say “Ni Hao” but it scared the shit out of people, it was as funny as hell. I’m not saying my way is the only way, it all depends on your audience, people’s scare barometer is different, but this is what works consistently for us.

If you want to save money on actors, then you need really some solid mechanical effects. You don’t want your punters paying to see some piece of schlock that could’ve bought down at the convenience store. I think we are down to one animatronic now in the company; it’s called Bob. We do use some special effects, but we rarely buy stuff from the Halloween trade shows. We prefer mechanical stuff that can produce a result, some industrial device that is maybe used for something else, but is safe, has a real impact and can make a whole room jump. And you know what? I think we’ve probably got the lowest blood budget of any haunted house producer out there.

Laughter Is Your Best Medicine

Whatever your attraction, laughter should be the number one emotion. We’ve seen some really funny things around the world. I dance like a white guy, but African Americans have rhythm, so when they get scared they flail their arms, they are much more animated, the Asian cultures too; the Japanese are really funny. The Germans and French are much more stoic. However, there are certain things we know we can do that, if executed right, work pretty much all the time. The best thing to hear from an audience is, “What a cool job that would be!” Then it means your actors have done a really great job and it becomes aspirational. But don’t forget, it should always be fun. That’s what will get your guests talking about around the dinner table. 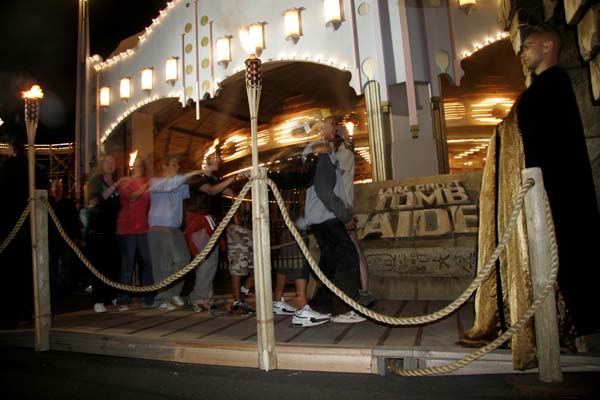