CAI currently operates two amusement facilities including Victorian Gardens at Wollman Rink in New York’s Central Park and Minitalia Leolandia near Milan in Italy. At Coney Island it will lease a total area of 6.2-acres for 10 years and invest nearly $30 million (€21.8m) to build and operate the park. Zamperla’s American subsidiary is based in Parsippany, New Jersey, and was one of two ride manufacturers represented on the Coney Island Advisory Committe.

The new amusement outlet will be built in two stages. This summer, CAI will open Luna Park at Coney Island, named after the legendary park that operated on the site from 1903 to 1944. It will feature 19 rides including four prototypes. By summer 2011, the Scream Zone at Coney Island will provide additional attractions, including two custom rollercoasters, a human cannonball ride and go-karts. In total, 23 new rides will be installed, designed to celebrate Coney Island’s unique history and character while adding modern amusement. A similar theme is employed at Minitalia Leolandia.

The new Coney Island park is projected to create 247 new jobs, increasing to 330 full and part-time positions in 2011, with an emphasis on local hiring. In November 2009, NYC invited private sector proposals for the three sites it purchased from Thor Equities. The expanded amusement park is part of the Coney Island Revitalization Plan, which will preserve and grow the historic amusement area, while adding new retail and housing.

In its inaugural season, Luna Park at Coney Island will remain open daily from May 31 until September 6 and weekends through until October 11. It will feature attractions including the Air Race, where riders will soar and barrel roll around a control tower, and the family-focused Speedy Coaster. Meanwhile Coney Island’s conic Astrotower will be repurposed and utilised as signage to draw visitors to the area. 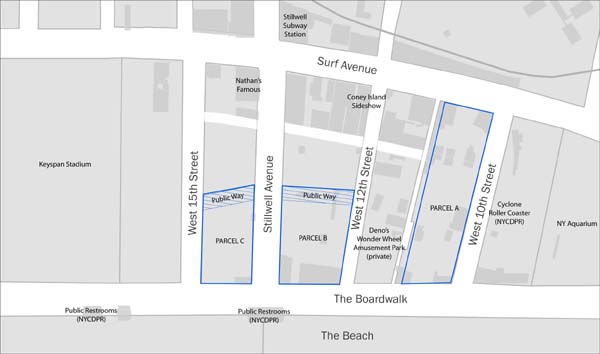 CAI’s plans will more than double the space currently utilised for amusements at Coney Island, which has dwindled significantly in recent years. Luna Park will encompass 3.16-acres on the former Astroland site, while the Scream Zone will cover an additional 3-acres between West 12th and West 15th Streets. CAI will pay NYC an annual base of $100,000. The City will also receive additional revenue derived from gross receipts from the amusement park.

It is anticipated that existing amusements on other City-owned sites in Coney Island, including the Cyclone and Deno’s Wonder Wheel Park, will continue to be operated by their current management for the duration of their 10-year leases. Upon expiration of those leases, NYC expects to invite proposals for a permanent amusement park on a 25-year lease.

In the meantime, NYC will improve Coney Island’s infrastructure and rebuild large sections of the boardwalk. This fall (autumn), construction is expected to begin on a new “Steeplechase Plaza” that will serve as the western entrance to the revitalised amusement and entertainment district.

Pictured below: The Electro Spin at Minitalia Leolandia near Milan. A similar ride is planned for Coney Island. 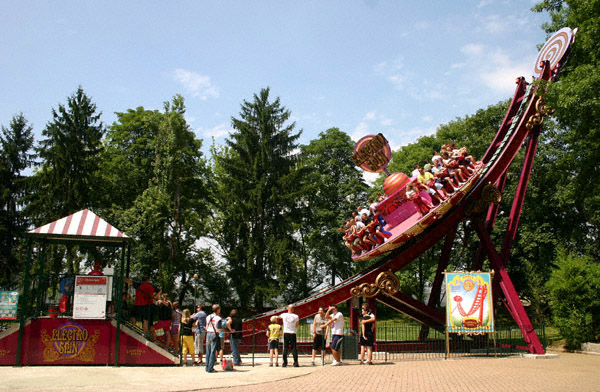