Each November for the past three years, Dotto Trains has organised a celebration of its products in the pretty town of Arco near Lake Garda, and it will do the same again in 2010.

The 4th Raduno dei Trenini: TreniniAmo (Meeting of Trains: I Love Trains) is scheduled for the weekend of November 27 and 28, when Dotto customers will bring their land trains for a weekend of fun to coincide with Arco’s Christmas market.

Dotto’s products are already in use at a range of locations around the world, from theme parks and zoos to city centres and seaside resorts, but few places can provide as beautiful a backdrop as Arco.

With its limestone cliffs and ancient hilltop castle, the town is a popular tourist spot with visitors from Germany, Austria and Northern Italy. Dotto’s headquarters in Castlefranco, Veneto, are about two hours away.

The Italian people mover specialist is currently upgrading the engines across its entire product range, with Classic line of locomotives powered by a P90 engine and the popular Muson River trains now equipped with a Euro 5 engine. Dotto continues to produce a number of trains with good eco credentials, too. It’s Green Express, for example, boasts a removable battery for operators of shopping malls and FECs, where noise levels and emissions are always a concern. 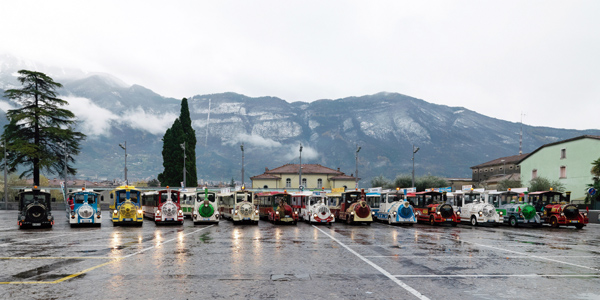 The company recently produced a number of special commissions, including some coaches for a zoo in Poland featuring a large compartment with folding seats. For a Safari park in Pombia, Italy, Dotto built coaches with steel nets instead of windows to protect passengers, while for ski resorts it supplies carriages with raised roofs so skiers can carry their equipment on board. In 2006 Dotto was awarded UNI EN ISO 9001:2008 quality certification for “design and manufacture of tourist trains,” ensuring extra piece of mind.

For your “Raduno dei Trenini TreniniAmo” invite, stop by the Dotto booth at IAAPA Attractions Expo in Orlando during November. In the meantime, here’s some shots from the previous year’s events. 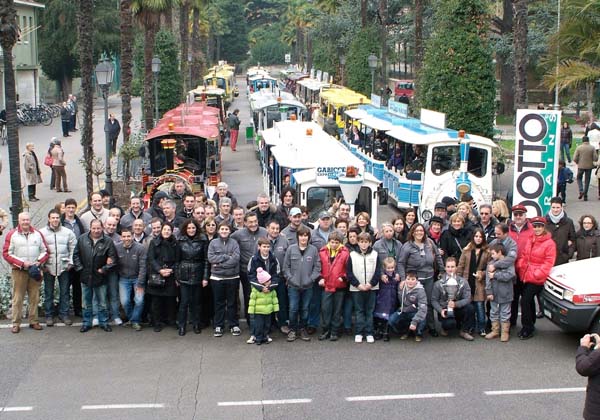