Loudoun Castle – end of an era

After eight years at the helm of Loudoun Castle in Ayrshire, Scotland, Henk Bembom pulled the plug on the park’s rides and attractions at the beginning of October. However, the Dutchman is staying put as he considers new uses for his 600-acre property. Here he shares his story exclusively with Park World readers.

Set around the ruins of a 14th Century castle, Loudoun opened as an amusement park in 1995, but had been struggling for many years. I had previously rented out some equipment to two former operators, Lands Improvement Holdings and Raymond Codona, so had no illusions that it would be an easy ride when we took over the reins in 2003.

From the start, we did invest quite a bit of money in new rides. In 2007 we introduced the Barnstormer, an S&S tower ride, and visitor numbers were on track to surpass our targets for the year, but then disaster struck [Note: A park employee was killed on one of the park’s rollercoasters. The company was cleared of all health and safety charges in 2009]. After that tragedy we ended the season around 155,000 and have never really got above that figure since.

I think an attraction of our size anywhere south of, let’s say Blackpool, would easily get 250,000 guests a year. However, the population in Scotland is simply not big enough to support two parks of this size. We still have M&D’s up here, but I am pretty sure they will have been struggling as well.

Actually, 2010 looked like being a good season, but July was a complete washout in Scotland, we had four weeks of constant rain. August was OK and September was the best September we have had, but still we took the decision that, “we can’t go on like this forever.” 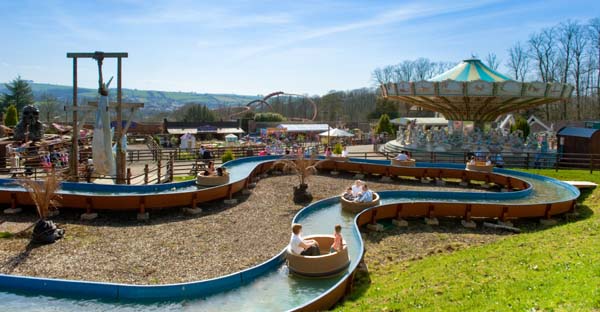 We decided to close the park because we didn’t want to go on struggling as we have the last few years. We could have gone on for the next eight or 10 years, cutting costs left and right, but one day you would hit the wall. It was just a sensible decision to close the park. My family has always run theme parks, but you can’t do something just because you like it. My head had to rule above my heart.

With the rides, you need larger and larger investments and price increases are far above inflation. In fact, if you want to buy a ride from abroad it’s now 30% more expensive than it was two years ago because the pound has dropped so much in value.

The banks aren’t particularly helpful either despite government backed schemes on offer. Previously if they were willing to lend you 60 or 70% of the value of the property, now you’re lucky if you get 50%, if at all. The increase in the VAT [value added tax, which rises from 17.5% to 20% in January] may not the biggest, but it doesn’t help either. Compare this to other European countries where VAT for visitor attractions is much lower, Germany being the latest country to reduce its rate. A lower UK rate of say 6% would have made all the difference for Loudoun.

Then we have competition from new government-funded attractions. The best example is the new transport museum in Glasgow. There has been a museum there for years, but now the city council is building a brand new £85 million ($153m/E95m) replacement. For us that’s competition, and worse still it’s free entry. It’s like a pub built with public money serving free drinks to its customers.

Against all this, it’s very hard to see any long-term prospects for the park. What we are doing at the moment is selling all of the rides and attractions. With the exception of one or two rides they will not go to any of our family’s other parks [Henk’s siblings continue to operate parks in France and the Netherlands]. Although we have a lot of tried and tested equipment, a lot of it is multiple units that we already have operating within our other parks.

Any change of use will always take at least two years because of planning consent. Mind you, with the help of our planning consultant, Nick Laister of RPS, we have already obtained the most flexible local development plan of any park within the UK. In 600-acres we are allowed to build practically anything within reason, as long as it promotes Loudoun Castle as a tourist destination.

We are allowed to build up to 300 log cabins, retail, hotels and even residential developments. If it hadn’t been for the drama that happened three years ago, when really my heart went out of it, we probably would have gone ahead with log cabins already. However, I always had my doubts about how well a holiday park would work combined with the amusement park here. I felt that for Loudoun you probably would have had a better feeling if you didn’t have the rides and it was just the castle with first class accommodation, a completely different environment.

It’s been hard, for us and for the staff, but I am pleased that we have taken this decision and can look ahead to a fresh future – without rides – in a beautiful part of the country that it’s a pleasure to call home.

Henk Bembom (pictured below) was talking to Owen Ralph 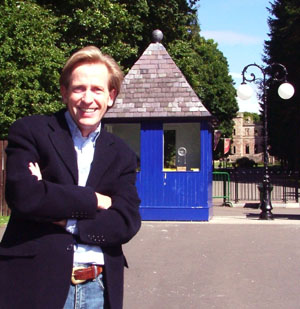