The attraction at Six Flags Magic Mountain in California was created by attaching vertical tracks to either side of the landmark Superman: Escape from Krypton LSM shuttle launch coaster (pictured below) and drops riders in floorless gondolas at speeds up to 85 miles per hour in five seconds.

The thrill is intensified as cars from the Superman ride are blasted up the tower while riders on Lex Luthor are dropped down it. Both experiences were created by Intamin. The new installation follows a similar shuttle launch/freefall tower combination at Dreamworld in Australia. 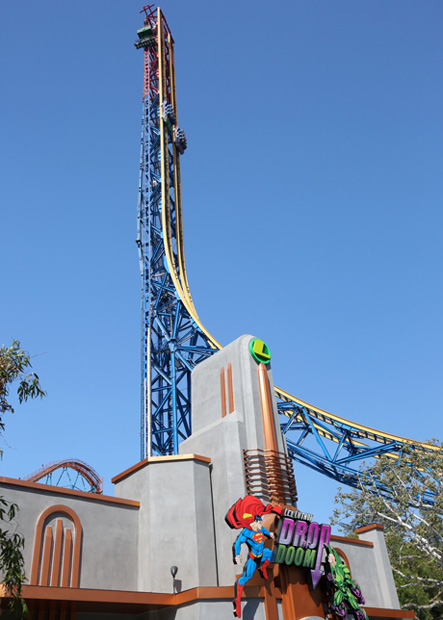