Let’s hear it for Dollywood!

Dollywood, the Tennessee theme park inspired and co-owned by Dolly Parton, rounded off its 25th anniversary season in style – by winning the Liseberg Applause Award for 2010/11. Here Dolly discusses her reasons for starting the park, how it benefits the local community and why she’s found the perfect partner in Herschend Family Entertainment.

I was always fascinated when I was growing up and the county fair came visit us once a year. When I was at school I thought that was the greatest thing! The park is just something I believed I could do really well and would work really well in this part of the country.

Before Dollywood there were three of four different parks in Pigeon Forge, Rebel Railroad, which became Goldrush Junction, then Silver Dollar City Tennessee. I had put out the word that I wanted to open a park and the Herschend family, who already owned Silver Dollar City, contacted me and said, “Why don’t we ‘merge’ so that you don’t put us out of business?”

I wasn’t interested in competing with them, but I wanted to make something real nice for my home area. Folks round here didn’t have a lot of work, so I wanted to do something that would create work for my neighbours, friends and family; something with my name on that says this is where I’m from.

We opened Dollywood back in 1986. A lot of people think that it’s just an amusement park. We have rollercoasters that have won awards, but we have some of everything in the park and we’ve “Dollyized” a lot of it compared to how you might see it at Silver Dollar City. Music is a big part of me, so we specialise in wonderful shows, we bring in a lot of celebrities to the park and we have the Southern Gospel Museum because my grandfather was a preacher so gospel was in my background. 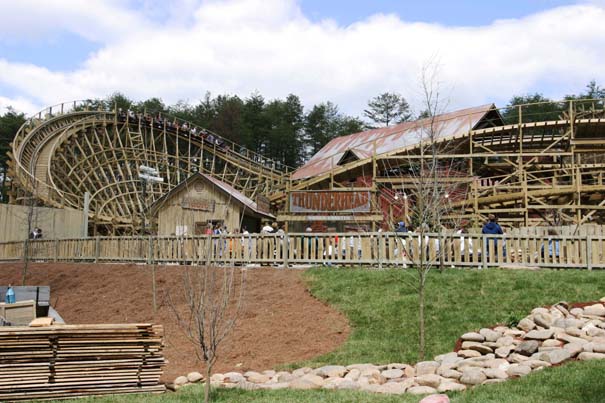 In this part of the country, it gets very hot in summer, and I just knew if we did a waterpark, people would come on over and cool down; they love it. Dollywood’s Splash Country opened in 2001 and we do such great business in the summer it’s amazing. It’s a beautiful place to have a waterpark with the trees and the landscaping. In fact, last year we were voted the number one waterpark in the world!

I do get involved in the planning. Two or three times a year I get to sit at the table with the big boys and see what their plans are, things they think would fit, or I give them thoughts and ideas that interest me or were intriguing to me as a child. Of course I am not the great designer, they have great people that do that, but they make me feel welcome and a part of it. I don’t just want to stick my name on something without knowing what is going on and having some say so.

It’s been a blessing for me that I have good partners. I wanted to be in business with somebody who knew how to run a park and Herschend Entertainment have the expertise; it’s worked out really well for us. They are wonderful people that have great morals, principles and are of the same background that I was, people with faith that really want to do good for other people. We knew it would be a good moneymaker; but it wasn’t just about making money.

We have, for example, the Dollywood Foundation, and through that we do a lot of work for the Imagination Library. We give children books from when they are born right through until kindergarten. That started in our home area and now it’s all over the United States and also Canada and England. Dollywood does a lot of good work supporting other things as well.

Now we have this Applause Award it says that we are the number one park – for the next two years at least! – and that’s something really great on our 25th anniversary.

Did Dolly Parton find time to tour the show floor after collecting her Applause Award at IAAPA Attractions Expo in Orlando?

“We actually planned to walk round this morning and get a taste of it,” she told Park World on the second day of the show. “It sure looks like a lot of fun. Maybe I should I have put on the drag and gone for a look …or taken the drag off!” 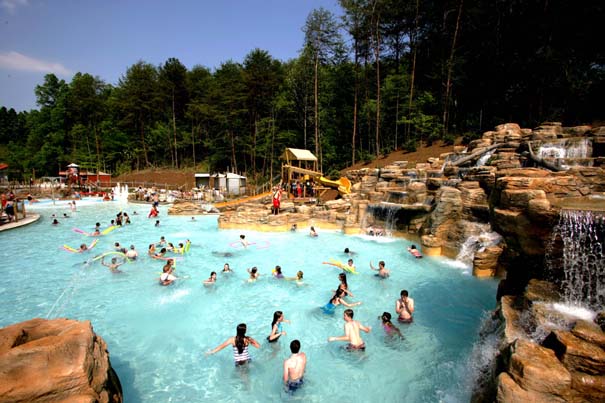