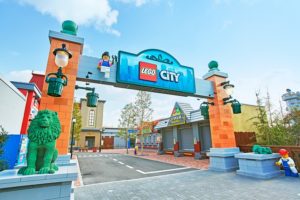 Merlin Entertainments will open a Legoland Park in New York, its third in North America. Expected to open in 2020 and ideally positioned within a two-hour catchment of 23 million people, Legoland New York represents a total company investment of $350m (c.£265m), and will include a 250-bedroom LEGO themed hotel from the outset.

Once completed, Legoland New York will be open seasonally from April to November. The Legoland Hotel, which will be open all year round, will be a LEGO world immersive experience, featuring hundreds of LEGO models made from millions of LEGO bricks.

The resort is expected to generate more than 1,000 jobs in addition to 800 construction jobs in its development.

Legoland New York will be Merlin’s ninth Legoland Park, and follows the opening of Legoland Japan in April 2017 and Legoland Dubai in October 2016.  Merlin has announced its intention to open a Legoland Park in South Korea and there are plans for further parks in China.