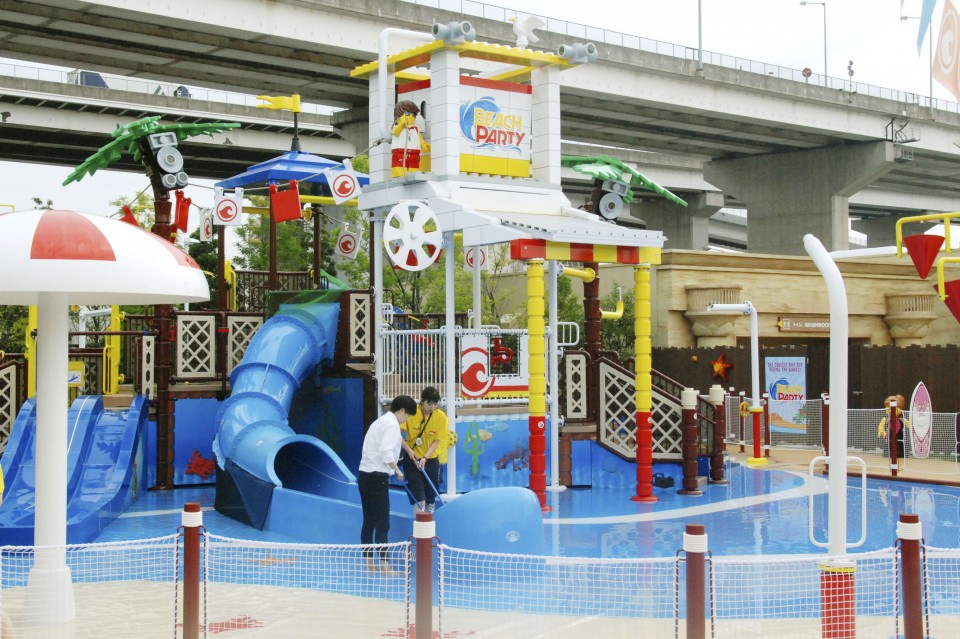 Legoland Japan has unveiled the first new addition to the park since its opening in April 2017 – a water play area “Lego City Beach Party”. The new area comes as part of a plan to boost the number of visitors during the summer break.

Local children were invited to the Nagoya park to take part in the unveiling of the attraction, which featured Lego block-inspired sliders and other playground equipment in a basin of water about 10-centimeters deep. Lego City Beach Party also houses a splash pad, slides, and a tipping bucket.

Torben Jensen, president of Legoland Japan, hopes that children will be able to beat the heat and build their own Lego boats to float on the water.