Legoland California Resort in Carlsbad will introduce three new attractions in 2011, including a Star Wars exhibit, new additions to Legoland Water Park and the Sea Life Aquarium, plus a fresh look for one of the theme park’s popular rides.

On March 31, Legoland California becomes the first of three Legoland parks worldwide to launch a new Star Wars Miniland area. Guests will be able enjoy seven of the most famous scenes from the Star Wars movies, as well as a scene from the animated series Star Wars: The Clone Wars, made in 1:20 scale from 1.5 million Lego bricks. Interactive buttons will allow children to activate animations throughout the scenes.

The Star Wars models are being developed in Germany by a 10-strong team at Legoland Deutschland, which later this year will feature life-size Lego models of Chewbacca, R2D2 and Darth Vader, as will Legoland Billund in Denmark.

Back in California, one of the park’s most popular rides, Fun Town Fire Academy, is being re-launched as the Police and Fire Academy. Now the fire trucks will be joined by police vehicles, giving families the choice of putting out a fire or catching a robber. 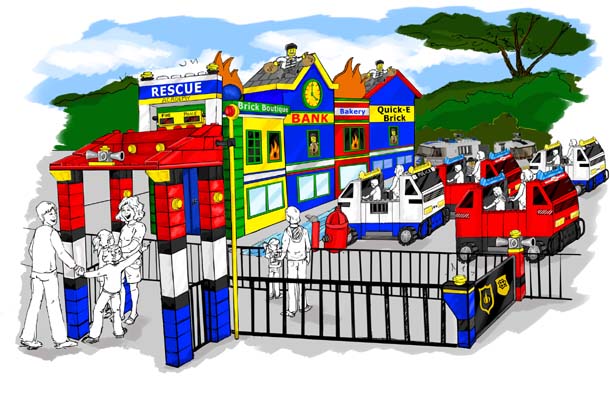 The 2010 season was the most successful year in the history of Legoland California Resort, according to general manager Peter Ronchetti. Speaking at a recent press conference, he noted, “2010 marked the seventh year of continuous growth for Legoland California with double digit percentage growth in attendance over 2009. Many theme parks across the country have reported difficult trading as a result of the challenging economic climate in recent years. So we feel very fortunate to be able to report that our attendance continues to grow.

Ronchetti attributed the park’s success to the continued addition of resort-style properties including Legoland Water Park, which opened in May 2010 and has already received many accolades including the World Waterpark Association’s Industry Innovation Award.

“More than just a year of exciting growth for Legoland California, 2010 marked an exciting year for Merlin Entertainments here in the States,” Ronchetti continued. The second Sea Life Aquarium in the US opened in Tempe, Arizona, in May and it was announced that the second US Legoland Park, Legoland Florida will open in Winterhaven, Florida, in October of this year. Additional Legoland Discovery Centers and Sea Life Aquariums are also cropping up across the US with openings already planned in Texas and New Jersey.”

Pictured below: Splash Zoo. Top of page: A model builder in Germany works on the new Star Wars models. 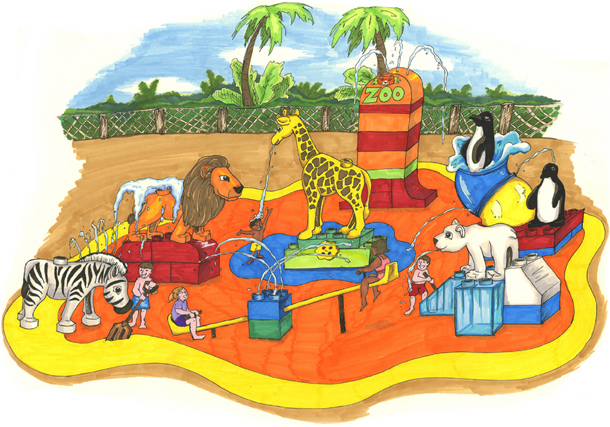