Using a linear synchronous motor (LSM) ride system from Intaride (Intamin’s US subsidiary), the coaster will launch riders from 0 to 60mph in a matter of seconds not once, but three times. The ride will start from the park’s monorail station, which is being completely renovated as part of the new attraction.

Cheetah Hunt covers a lot of ground, setting a new distance record for Busch Gardens’ rollercoasters with 4,429ft of track in total. The first launch will propels the train across a portion of the park’s “Serengeti Plain”. Moments later, a second burst of speed accelerates riders to 60mph and up into the ride’s signature tower element that climbs more than 10 stories above the African-themed landscape before plunging 130ft into a subterranean trench. Elements such as over-banked turns, air-time parabolas and a heartline roll inversion apparently imitate an agile cheetah chasing its prey, leaping and pouncing into the Nairobi area, where the train twists through a rocky gorge that was formerly part of Rhino Rally. At the far end of this three-quarter-mile path, a third burst of speed rockets the train back across the plain toward the station.

Cheetah Hunt will be part of a new area at Busch Gardens Tampa Bay called Cheetah Run, Located in the area freed up by the removal of the park’s Budweiser Clydesdale horses, this expansive new habitat will give visitors the opportunity to get closer to cheetahs than ever before with elevated, glass-panelled viewing areas. Take a virtual ride on Cheetah Run at the Busch Gardens website. 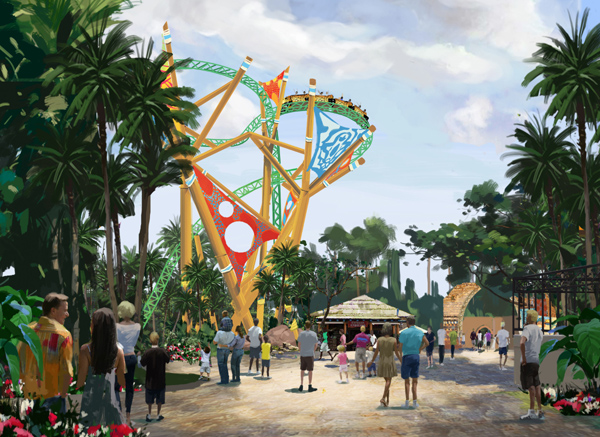