Laser tag – the next generation

The Sudden Impact! Entertainment Company has given a new lease of life to laser tag by marrying it with a branded property.

Terminator X: A Laser Battle for Salvation gives players the chance to step inside a live video game and a film, all in one attraction. The interactive blockbuster attraction launches at three parks on three continents, following its successful launch in Australia at the end of 2009.

Sudden Impact! will bring the big screen to life this spring at La Ronde in Montreal, Canada, Sunway Lagoon in Kuala Lumpur, Malaysia, and Six Flags Mexico.Players enter a briefing room for their instructions and battle gear, before entering the themed arena armed with laser guns, ready to take on the enemy. The battle against not only against another team, but also 12 trained actors dressed as characters from the classic Terminator films.

“Everyone wants to be in the movies,” notes Sudden Impact! CEO, Lynton V Harris. “Theme park operators and tourist locations are also looking for new ways to interact with audiences without the high costs associated with a hard ride. Our temporary attractions give operators an immediate hook for their audience because they’re well known Hollywood brands.”

At La Ronde, Terminator X: A Laser Battle for Salvation launched on May 1, with a June opening pencilled in for Six Flags Mexico. At Sunway Lagoon, which is already up and running, Sudden Impact! has delivered a dual use installation including a scare attraction called Terminator Alive! which is converted into the Laser Battle after dark.

Along with Terminator, Sudden Impact! has licensed other major Hollywood brands for the attractions industry, including The Mummy, The Scorpion King, Tomb Raider, Van Helsing, Alien Vs Predator, Saw, Night At The Museum and Prison Break. The company also boasts a remarkable pedigree in the haunted attractions industry, with events including Madison SCARE Garden and several landmark productions for the Tussauds Group. 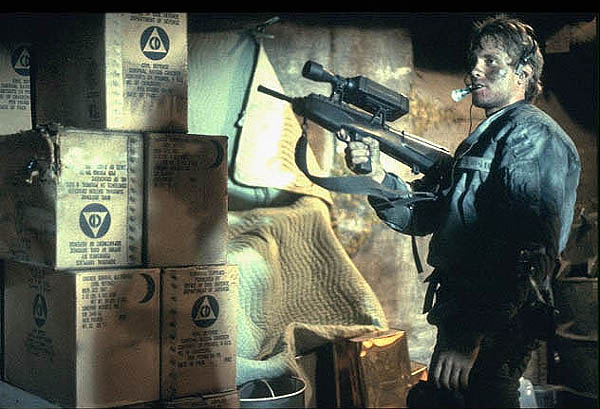