Kung Fu Panda: Land of Awesomeness is the latest themed area to be realised at Dreamworld in Australia as part of an ongoing partnership with DreamWorks Animation.

Last March, the Gold Coast park launched the 8,400 square-metre DreamWorks Experience. Taking over the area formerly known as Nickelodeon Universe, as well as some additional attractions, the new-look land features characters made famous in the Shrek and Madagascar films – and now it’s the turn of Kung Fu Panda to put the ‘kick’ into guests’ day out.

Opened in time for the summer (Christmas) season, Kung Fu Panda: Land of Awesomeness features the first Kung Fu Panda licensed attractions in any theme park worldwide. This ancient Chinese village themed environment is headlined by a custom-themed Zamperla Air Race called Pandamonium (geddit?) This swinging rickshaw ride features two queue lines so that passengers can choose the intensity of their ride experience – “seriously crazy” or “not so crazy.”

The latter spins riders round and round, as their cars swing calmly from side to side. Seriously crazy thrill seekers, on the other hand, turns passengers upside down at up to 3.8Gs, soaring 8-metres high into the sky. According to the park’s publicity material, “Only martial arts masters will be able to outlast these 150 seconds of kung-furious pandemonium!”

Complementing Pandamonium is the new Skadoosh dragon-themed bumper car ride and the Kung Fu Academy, designed for junior masters in training. A focal point for families to meet up is the Furious Five Fountain, from where they can seek out Kung Fu Panda, Po and his friends for a photo souvenir of their day.

“The Kung Fu Panda films appeals to a broad range of people and this new land needed to reflect that,” notes Bob S Tan, Dreamworld’s general manager of engineering and special projects. “We searched for rides that included a combination of family fun and extreme thrill, and Pandamonium provides just the right level of excitement.” 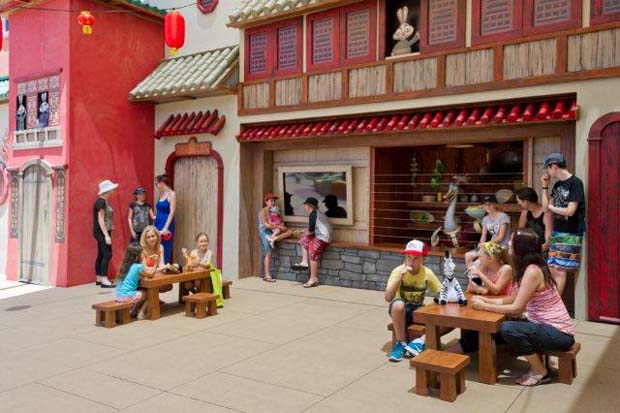 According to Tan, “We were very fortunate to have had a fantastic season of weather which enabled us to finish right on schedule. And we have a great partnership with DreamWorks. We are experts in theme parks, and they have the creativity to produce animated movies that are so popular around the world, which we can then bring to life in the park.” 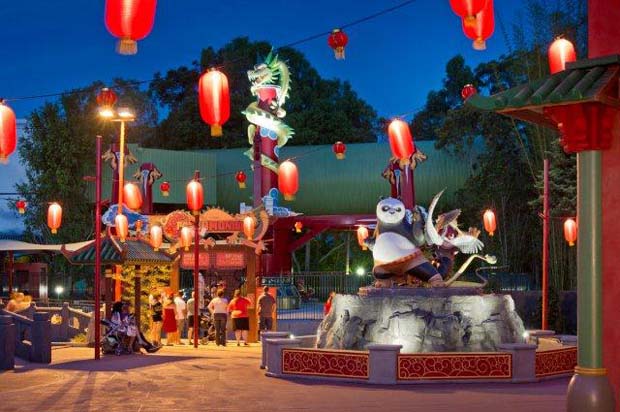 As well as Zamperla, suppliers included the fellow Italian ride manufacturer Visa International, which provided the bumper cars, the building for which was designed by Kevin Barbee Creative Advisors (KBCA) of Singapore. KBCA also helped design the custom theming for Pandamonium, together with Atomiq of Brisbane, Australia. Built and construction was handled in-house by Dreamworld management. 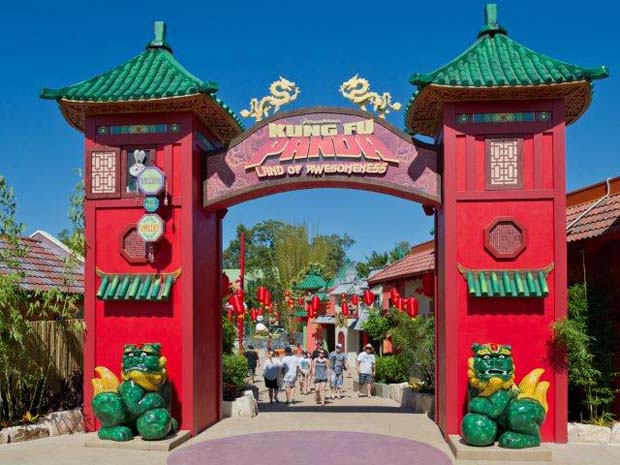 According to Tan, more DreamWorks attractions look likely. “The alliance with DreamWorks Animation has endless possibilities and we look forward to seeing how we can continue to work with them,” he says. “They have some fantastic movie franchises opening and each of these present new opportunities for Dreamworld.”

Kung Fu Panda is the latest of three DreamWorks franchises to appear at Dreamworld. Also featured as part of the DreamWorks Experience are two more ‘lands within lands’ dedicated to scenes and characters made famous in the Shrek and Madagascar films. 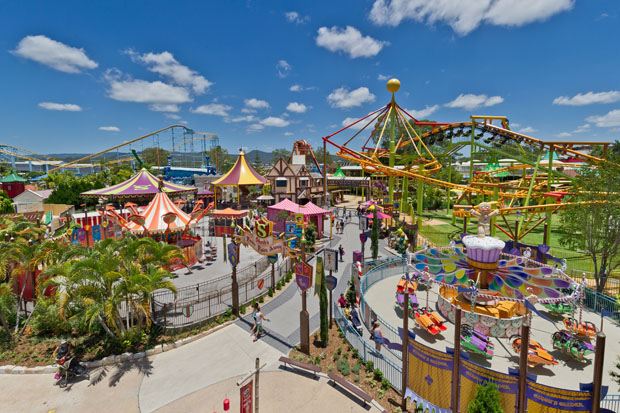 What’s big, red and new? The Big Red Boat Ride by Zamperla Asia Pacific opened over the festive season as the latest attraction at Dreamworld’s Wiggles World kids area. This Mini Rockin’ Tug offers a smooth sailing adventure that has kids laughing and squealing with delight.