Kolmården looks likely to win international recognition thanks to the addition of a mammoth new wooden coaster. Get ready for Wildfire.

Enjoying the distinction of becoming Europe’s fastest woodie, as well as the tallest and fastest in Scandinavia, the SEK110 million ($16.5m/$12m) ride will be the first outside America to be built by Texas-based Rocky Mountain Construction. Work will begin on site this summer ahead of a planned spring 2016 opening. 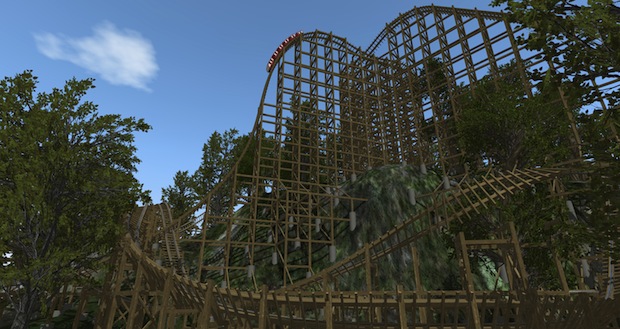 At the top of the first climb, passengers will be a whopping 132 metres (435m) above the blue waters of Bråviken bay (the lift hill itself is 57m/187ft), with a fantastic view over Kolmården’s beautiful woodland scenery. At the crest, the view suddenly gives way as the train plunge 49m (161ft) down towards the bottom of the ravine at an 83° angle in free fall. The speed will pass 110 km/h (71mph) as riders approach the start of the next ascent and enter an ‘inverted zero G stall’ – weightlessness! The train will then speed onwards through the woods on its 1.3km  (4,266ft) journey, featuring three inversions and 12 airtime hills (four with negative G). 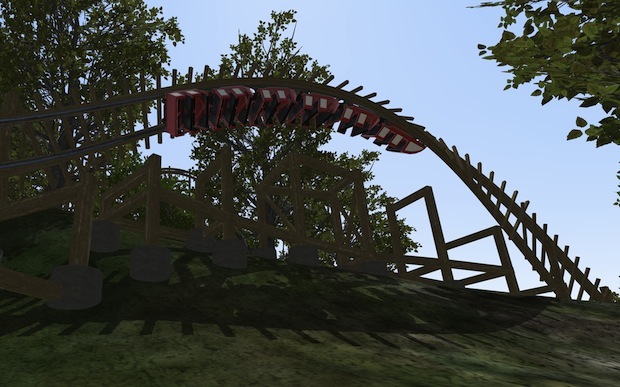 With a layout devised by famed coaster engineer Alan Schilke, Wildfire will be built by Rocky Mountain using the same patented technology as Outlaw Run at Silver Dollar City in the United States. Custom-designed 24-seater trains will be supplied, providing hourly capacity for up to 960 passengers, who must be at least 1.2m to ride. Swedish lumber will be used in the construction of the ride. Rocky Mountain’s European agent is Vekoma, which supplied Kolmården’s Delfinexpressen family coaster in 2009. 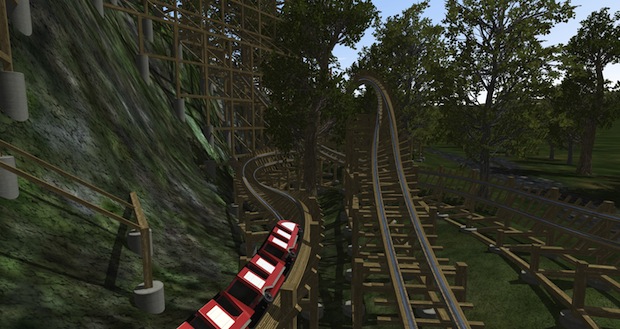 “We have taken some elements of some of the world’s best rollercoasters and added new ideas to create a unique ride, says PRS ride manager, Peter Osbeck. “The result is Wildfire, a ride with so much air time, action and intensity that it has no equal. The two-minute ride through Kolmården’s dramatic terrain high above the waters of Bråviken bay, will make it the world’s best wooden coaster.” 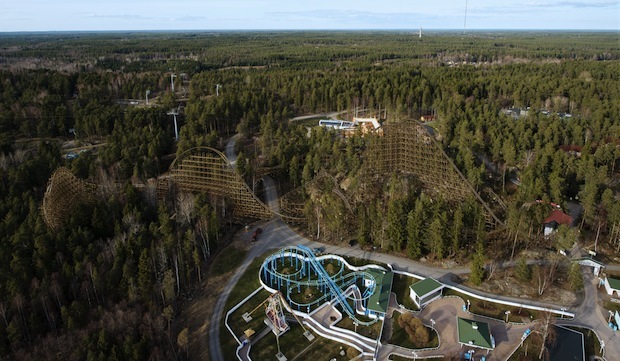 The name Wildfire, as well as having a nice ring to it, has a link to the local area as wildfires helped shaped its landscape and been critical to the unique biodiversity that has been preserved in the area until this day. Along with other new investments, including the Bamses Värld children’s land planned for 2015, owner Parks & Resorts Scandinavia aims to position Kolmården as one of Sweden’s top destination resorts. Located about 90 minutes south west of Stockholm, the venue features animal exhibits including the award-winning Kolmården Safari cable car, Marine World, Tiger World and its own hotel.