KMG was granted German TÜV approval earlier this month for its second XXL swing ride. The mammoth machine, named Monster, is due to be delivered to Swiss showman HP Maier.

The attraction seats 20 people per ride, swings 45-metres high and has a footprint of 13 x 18 metres. Mounted on 3 semi-trailers, the ride can be erected without a crane in six hours by four staff. Features include remote control hydraulics, stainless steel handrails, scenic panels, LED lighting and an integrated Hofman sound system. The ride’s owner is hoping for a position at this year’s Munich Oktoberfest, explaining the abundance of blue and white checks – in tribute to the Bavarian flag. 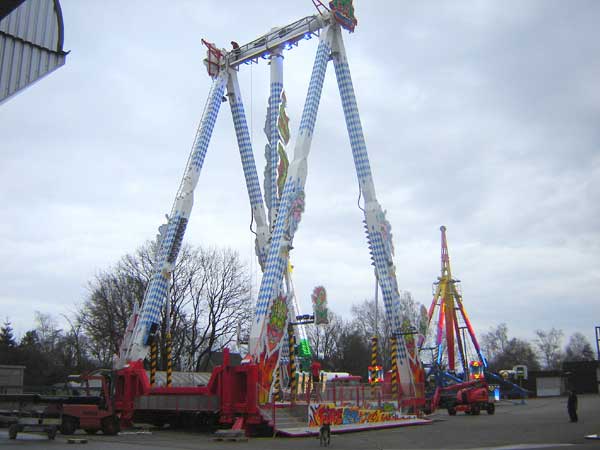 Monster will be Maier’s 9th KMG attraction. At present the family also operates an Afterburner swing and Speed propeller ride by the Dutch manufacturer. A third XXL is planned for May 2010 delivery to Belgian showman Jack Dotremont. 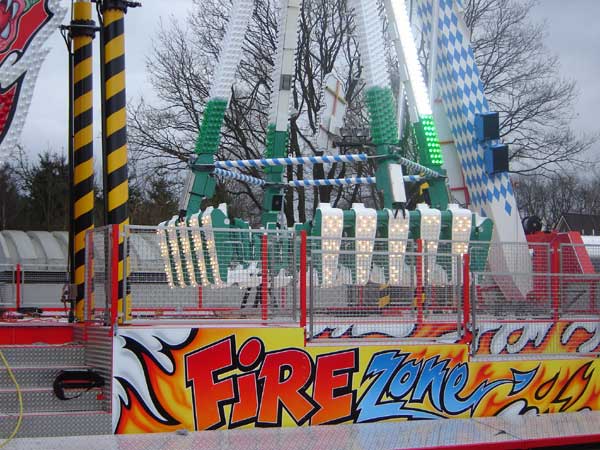 How do you ensure loyal staff on a seasonal basis?