XLR8 (Accelerate) made its public debut on April 5 at the Easter fair in Drachten, Friesland, under the ownership of loyal KMG customer Jarno Otten. Arriving on site the previous evening, the trailer mounted construction was assembled in just a few hours.

The eight-car attraction features a simple ride pattern, with each swinging, twin seat suspended on the end of an arm connected to the machine’s centre. 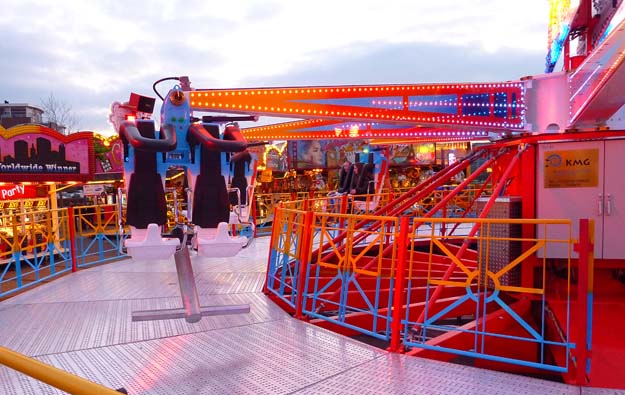 During the ride, extreme acceleration and deceleration is experienced, giving a launch coaster style thrust to the ride vehicles. The minimum passenger height requirement is 1.2 metres. 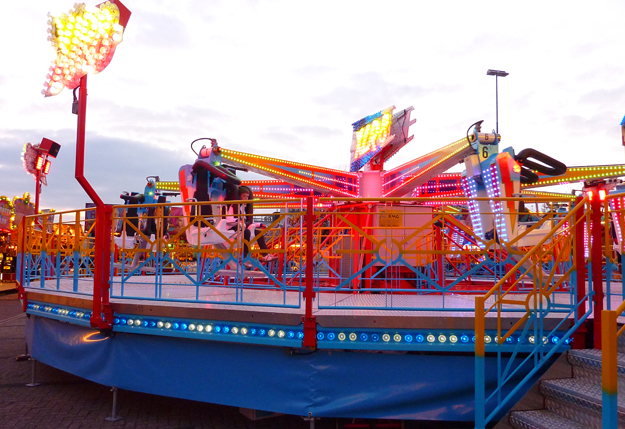 XLR8 is believed to be the first transportable amusement ride with a “rechargeable” power system. During deceleration, the returned energy is stored in “Super Cap” capacitors ready for the next acceleration. This means the prototype attraction, which uses just 80 amps (including LED lighting) can connected to a 63 amp power supply.

KMG reports that Mr Otten was satisfied with the ride’s performance over Easter. Although the fair in Drachten suffered from bad weather and a low turnout, XLR8 attracted several repeat riders. A number of potential buyers are expected to view the ride in Rotterdam, where it will be appearing as part of the Queen’s birthday celebrations from April 21 to May 6.

Have you ever considered adding a hotel or other guest accommodation?

A worldwide standard – one step closer