Visitors to a theme park in China can discover King Kong rubbing shoulders with the dinosaurs. The hairy beast can be found in a brand new area of Changzhou Dinosaur Park, about two hours’ west of Shanghai, together with a raft of other attractions.

King Kong (pictured above) is the third ride of its kind produced by Huss Park Attractions in partnership with the German animatronic specialist Heimo, following installations last year in Belgium and France.Passengers take their places inside the 24-seater tramcar, strap themselves in tight, and prepare for a face-to-face encounter with the fearsome gorilla. The car is lifted 12 metres high and shook from side to side as Kong’s eyes light up and smoke effects circle the scene. The King Kong films are a big hit in China apparently, and the new ride in Changzhou has already made the front page of a local newspaper. 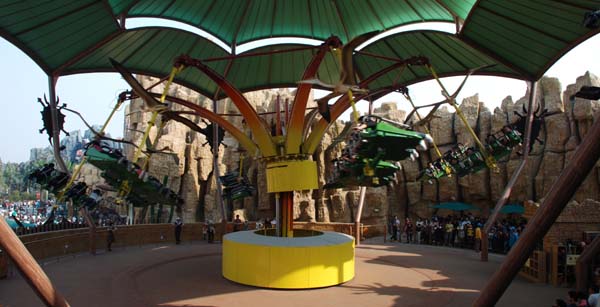 Also appearing at the park as part of the new themed area, which opened on April 27, are a Zamperla Windshear (pictured bottom of page) and a giant Sky Chaser (pictured below) by the same manufacturer.Other new attractions include an S&S tower ride and a themed Zamperla coaster due to open this summer. A Huss Sky Tower is also due as part of a new development taking place outside the park. 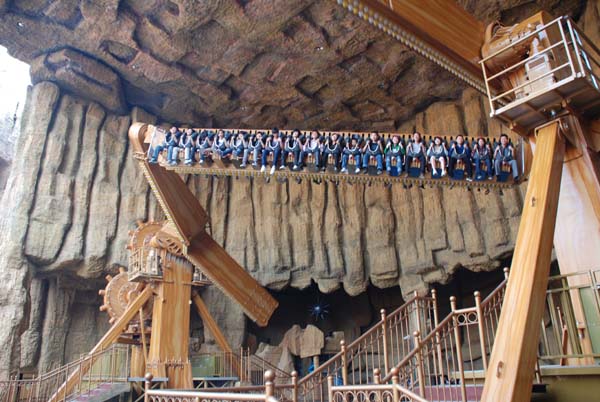