It’s one of the world’s most secretive countries, with one of the youngest leaders. And maybe it is the inner child in Kim Jong-un that we have to thank for a new amusement park in the North Korean capital of Pyongyang. 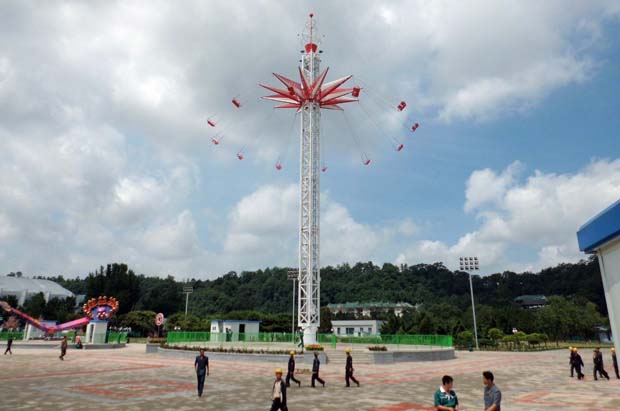 Rungrado Park, or the Rungna People’s Pleasure Ground, was visited back in July by supreme leader Kim Jong Un – much to the interest of the world’s media. One of at least four amusement parks in the city, the state-run facility was opened earlier this summer and features a selection of up-to-date amusement rides and attractions, but little in the way of theming or landscaping.

Responsible for 13 of Rungrado Park’s attractions was Zamperla, which supplied such offerings as a Twister Coaster, Hawk, Zodiac, Vertical Swing, Air Race and Twist ‘n’ Bounce. Also featured are a number of waterpark attractions. 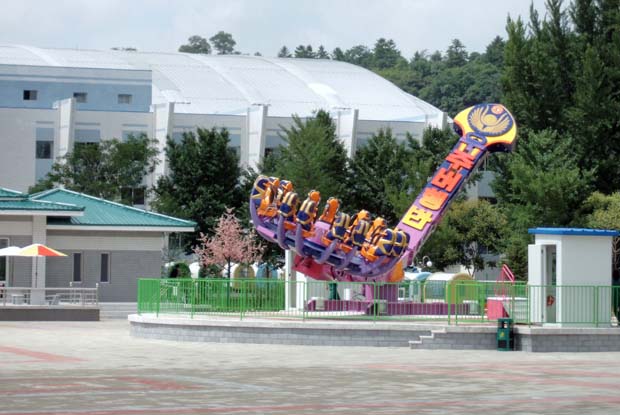 The Zodiac at Rungrado Park

Zamperla’s relationship with the North Korean government goes back to 2009, when Kim’s father Kim Jong-Il was still alive, when it was invited to revitalised Pyongyang’s Morambong Park. The following summer it supplied six attractions including a Volare coaster, Mega Disk ‘O, Giant Discovery, Power Surge and Z-Force tower ride.

Zamperla could not officially comment on the Rungrado Park installation when contacted by Park World, but it is not thought to be the first Western ride manufacturer to supply equipment to North Korea. 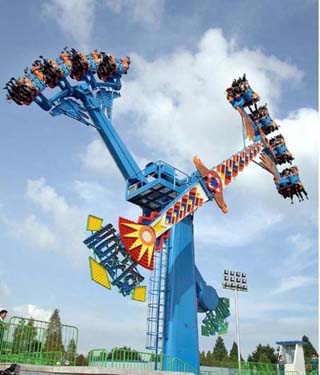 The Hawk at Rungrado Park – as ridden by Kim Jong-un