Kidzania, the kids’ role-playing attraction, is to open in two years’ time at Sentosa island in Singapore following a deal with Themed Attractions & Resorts (TAR).

TAR, backed by the Malaysian government, already operates a Kidzania outlet in Kuala Lumpur, which since opening earlier this year has enjoyed great business. Originating in Mexico, the mini city allows children to indulge in various ‘grown-up’ professions as they learn to be good citizens. Part of the Kidzania business model is to work with commercial partners to create the various activities (rather than rides), giving those involved a chance to nurture the consumers of tomorrow.

“Apart from providing children with a unique edutainment concept, we are looking forward to introducing KidZania as a revolutionary marketing tool,” highlights TAR managing director and CEO, Yang Mulia Tunku Dato’ Ahmad Burhanuddin, pictured below. “It will provide local and international brands a new way of extending brand awareness.“

Scheduled for completion in 2014, Kidzania Singapore will complement existing Sentosa facilities including various beaches, hotels, golf courses and the Resorts World Sentosa development including Universal Studios Singapore theme park and a casino. The 11,500 indoor attraction will be featured as part of a cluster of children’s attractions at Palawan Beach, joining the Port of Lost Wonder waterplay area that opened this April. 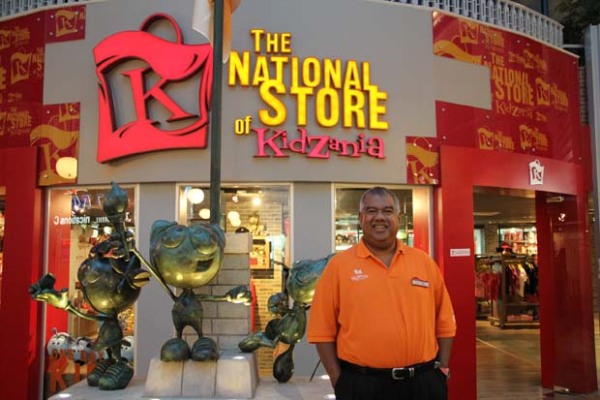 Bluegrass Boardwalk – the dream is over