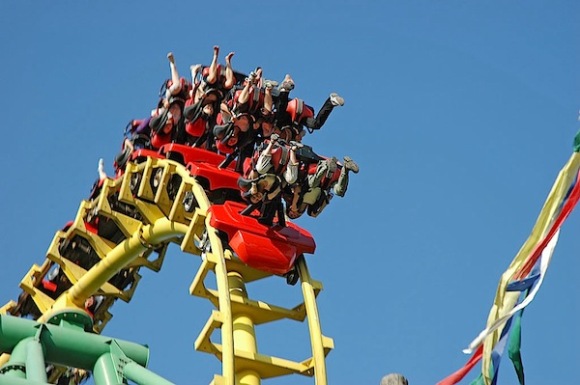 As Kentucky Kingdom, Louisville, Kentucky, wrapped up a successful comeback season, park management was already looking ahead to 2015. According to Ed Hart, the park’s new president and CEO, “Now it’s time for us to demonstrate our ongoing commitment to everyone who’s made Kentucky Kingdom their family’s new place to play. Guests also asked us if we had plans to add more rides to the theme park. Let me sum up our response by saying next season is all about “more rides, more water, more hours and more fun!”

The operating calendar for Kentucky Kingdom and Hurricane Bay will increase from 94 days in 2014 to 110 days in 2015 and the park will operate for longer hours on weekdays. But the really big news is the announcement of five new marquee attractions worth more than $30 million. This comes on the heels of the initial $40 million investment made by Hart and his backers to get the park open again in 2014. 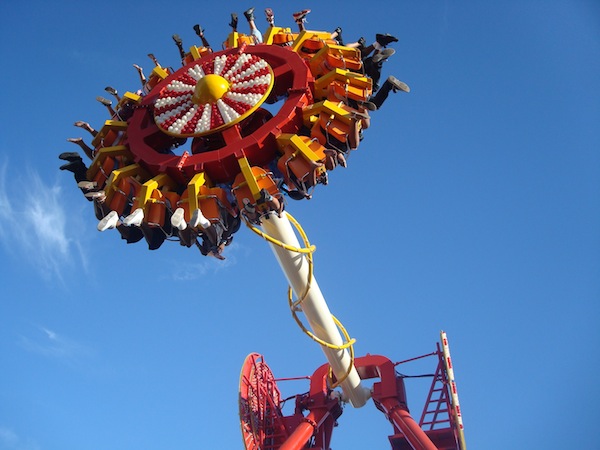 New next year will be T3, a Vekoma Suspended Looping Coaster (pictured top of page); Raging Rapids River Ride by Intamin; SkyCatcher, a 130ft (39m) tall tower swing ride from ARM/Larson; Cyclos, a 60ft (18m) tall Frisbee-style pendulum ride from Zamperla; and a Huss Enterprise. SkyCatcher and Cyclose are both new. Enterprise, T3, and Raging Rapids operated previously in the park by the former owner, stored, and now refurbished.

Kentucky Kingdom was attracting nearly 1.4 million visitors a year when Ed Hart sold the park, which is based on the State Fair grounds in Kentucky, to Premier Parks in 1997. When Kentucky Kingdom and Hurricane Bay later were re-branded under the Six Flags brand after Premier Parks purchased that chain, attendance started falling off until it was down to 500,000 or fewer paying customers by the time it closed in 2009. 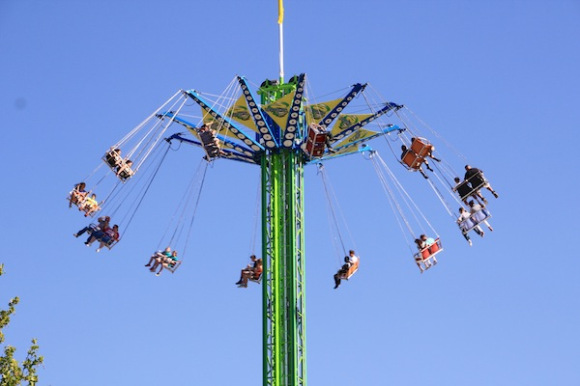