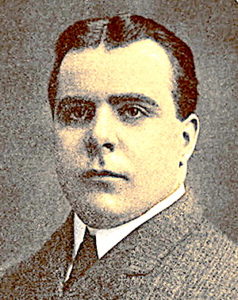 When Kennywood, West Mifflin, Pennsylvana, opened for its 121st season by paying homage to the builder of the park’s first roller coasters. Before the gates opened, Kennywood, along with the Senator John Heinz History Center, American Coaster Enthusiasts (ACE), and the Pennsylvania Historical & Museum Commission (PHMC), dedicated a new PHMC marker recognising Frederick Ingersoll at the entrance to the park. Ingersoll was a pioneer in the early days of amusement parks and roller coasters, building several of Kennywood’s first roller coasters at the start of the 20th Century, and founding the short-lived but influential Luna Park, located in Pittsburgh’s Oakland neighbourhood from 1905-1909.

“There’s no better example of our ongoing commitment to modern thrills and classic rides than what’s happening at Kennywood right now,” said park General Manager Jerome Gibas. “As we look ahead to an exciting future with Steel Curtain roller coaster and Steelers Country opening later this year, we begin the season honouring the great history of amusement parks and rides in the Greater Pittsburgh area through the dedication of a marker to the man who built Kennywood’s first roller coasters.”

“We’re glad to be shining a light on Frederick Ingersoll,” said History Center Director of Publications Brian Butko, who nominated Ingersoll and has written books on Kennywood and Ingersoll’s Luna Park. “He was a Pittsburgher who not only helped launch Kennywood and built Pittsburgh’s Luna in 1905, he built rides across the country and essentially created and spread the idea of a modern amusement park.”

Ingersoll built Kennywood’s original Old Mill (though rebuilt after a fire in the 1920s, it is still considered the world’s oldest continuously operating dark water ride), and he and his companies oversaw construction of the park’s first four roller coasters: Figure 8 Toboggan, Scenic Railway, The Racer, and Speedoplane. The marker for Ingersoll is the third PHMC plaque at Kennywood, joining other markers honoring Kennywood Park and Braddock’s Crossing.