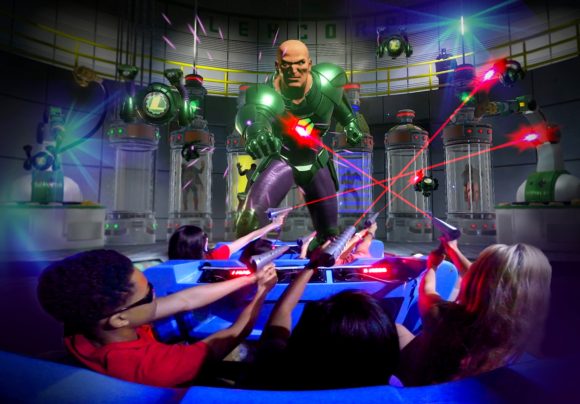 Justice League: Battle for Metropolis is a high action and interactive ride by Sally Corp. located inside a 22,000 square foot (2,044 sq m) building in the all-new Metropolis Park at Six Flags Over Georgia. Guests tag alongside their favourite DC Comics Super Heroes in an epic battle through 4D effects of wind, fire and gas to defeat the Super Villains.

“There’s no better way to celebrate the park’s 50th anniversary season than the unveiling of the most innovative and multi-faceted attraction the park has ever built,” said Six Flags Atlanta Properties Park President Dale Kaetzel.