Jules Verne Adventureland will open as part of the park’s jubilee year celebrations.

P&P Projects will be responsible for the theming of the area and its attractions. The new rides include the Netherlands’ first Twist ‘n’ Splash ride by Mack (pictured above), called Expedition Nautilus, Fogg’s Trouble (Rockin’ Tug) and Magic Bikes by Zamperla and a driving school style attraction named Passepartout Explorer using cars from the Italian manufacturer Sela.

Acquired last year from the Bemboom family by Parques Reunidos, Slagharen is located in the north east of the Netherlands near the German border. 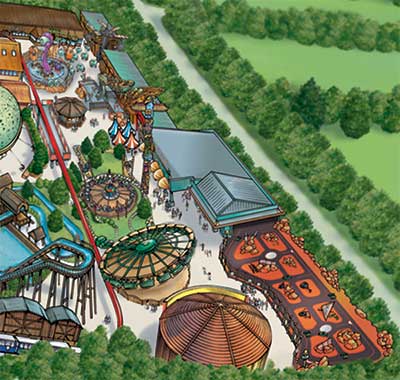