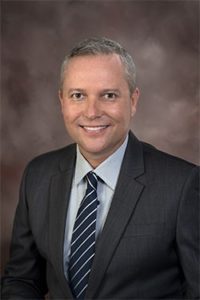 “As we continue to expand and strengthen the support we offer our members, we are thrilled to have John join the team,” said Doug Stagner, chief operating officer, IAAPA. “John brings a wealth of global attractions knowledge to the role. His extensive industry background and strong leadership skills will be key assets as he serves and supports our members in North America.”

With more than 25 years of themed entertainment experience, Hallenbeck most recently served as managing director of project development at Hershey Entertainment & Resorts. Prior to that, he served as vice president of revenue operations at Dubai Parks and Resorts, and senior vice president of attractions for Universal Studios Singapore, Southeast Asia Aquarium, Adventure Cove, and Dolphin Island located within Resorts World Sentosa in Singapore.

Hallenbeck also spent more than 17 years in various capacities at Universal Parks & Resorts in Orlando, Hollywood, and Osaka, Japan. Prior to relocating to Singapore, he held the position of director of attractions operations for Universal Studios Florida and Islands of Adventure in Orlando.