It might not look like it, but the construction to the right actually houses a Ferris Wheel, one of several such rides to have opened around the world in recent months. 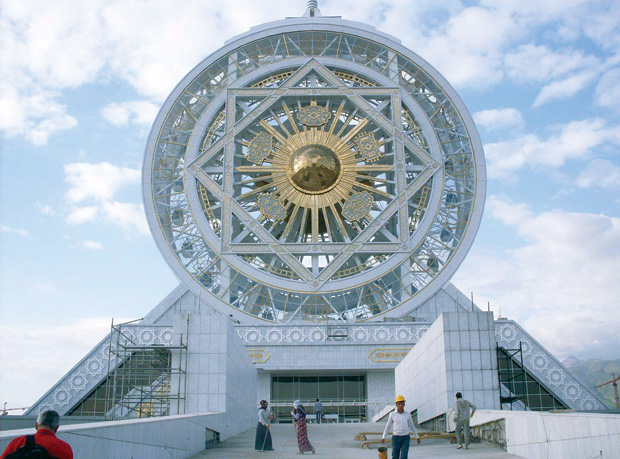 The Fabbri construction is located in Ashgabat, Turkmenistan

The Fabbri Group recently commissioned two new 60-metre Ferris Wheels, for customers in Tajikistan and Turkmenistan. The latter, pictured here, was a spectacular installation built on a platform and enclosed on each side by an ornate clock-like frame featuring symbols from the national flag. 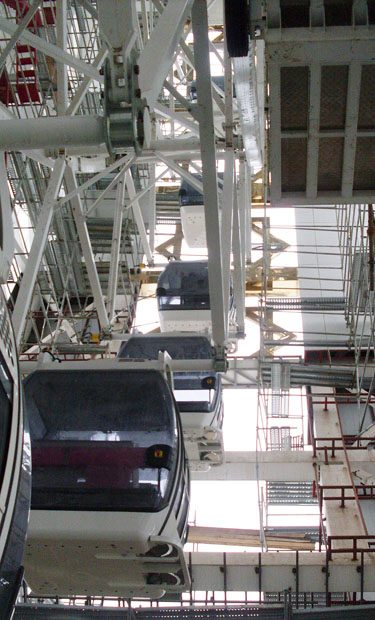 An internal view of the wheel in Ashgabat

The ride comes equipped with 40 air-conditioned cabins including a number of VIP cabins with table, fridge, bar and satellite television. The Fabbri Group is also on the cusp of signing deals for a further two luxury wheels. 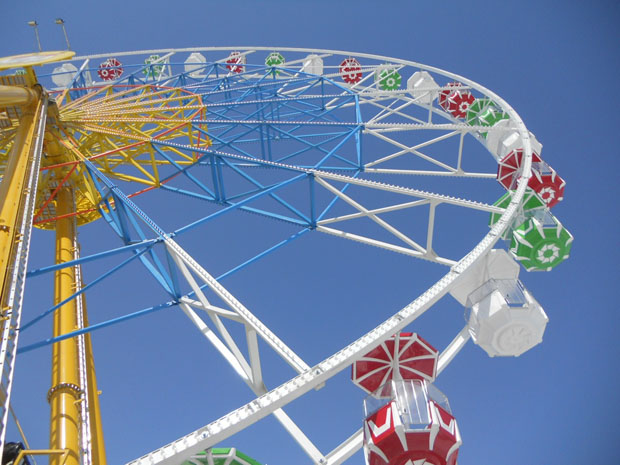 Another Italian manufacturer, Technical Park recently supplied a 55-metre Ferris Wheel with open gondolas to a site in Kharkov, Ukraine. The company also has plans to deliver a 45-metre wheel with enclosed gondolas to Kaliningrad, Russia. 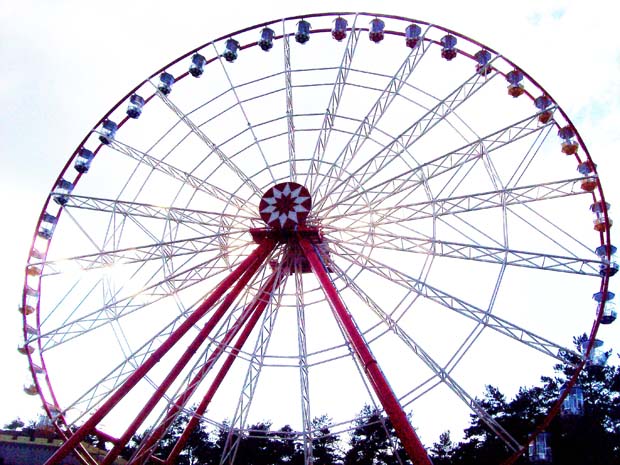 According to reports in the Wall Street Journal, New York City’s Economic Development Corporation is in talks with investors over plans to build a giant Ferris Wheel near the Staten Island Ferry Terminal.

Standing roughly 600ft (182m) tall, the attraction would, if built, become the tallest observation wheel in the world, eclipsing existing structures in China. Plaza Capital Group Management is the company behind the plans. No ride manufacturer is known at this stage.

The underdeveloped Staten Island is accessed each day by thousands of tourists taking advantage of a free ferry offering views of the Statue of Liberty. While it also offers potentially good views of the New York skyline, the island is not as central or easily accessible as the sites occupied by existing observation wheels such as the London Eye or Singapore Flyer.

Meanwhile Russian ride manufacturer Pax Design is to build what it says will be the world’s largest Ferris Wheel. Set to open 2013/14, the exact height of the ride is to be confirmed, but we are told it is “over 165-metres.” More information, including the location, should be known this autumn. Pictured here is an artist’s impression of a ride Pax is currently building in Russia. Based at a Black Sea resort near Sochi, it will stand 80m tall, making it the biggest ride of its kind in Eastern Europe. Pax will operate the ride itself, which is expected to open within a matter of weeks. 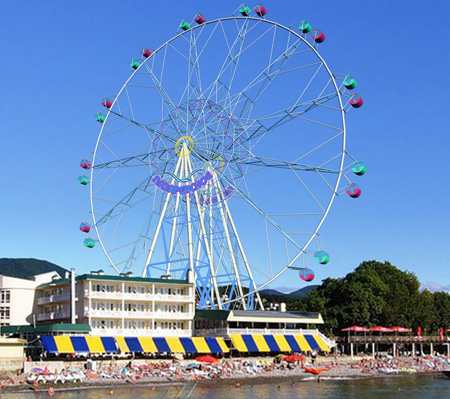