KMG, the Dutch ride builder, has sold an Inversion to Demas Enterprises, set to be the second ride of its kind in the United States.

The ride (similar to the example pictured) is due for summer 2010 delivery, in time for the Minnesota State Fair. No name has yet been chosen for the attraction, but it will feature a full LED light package, extra lights and extra decoration. The single trailer machine boasts  an easy set up, including a hydraulic levelling system.

Mike Demas of Demas Enterprises is an existing KMG customer who has already bought two Afterburner rides from the company.

The first KMG Inversion for the USA (pictured below) was due to be delivered to Tim Casper of PBJ Happee Day Shows after its preimer at the IISF show in Gibtown, Florida (February 9 to 13). 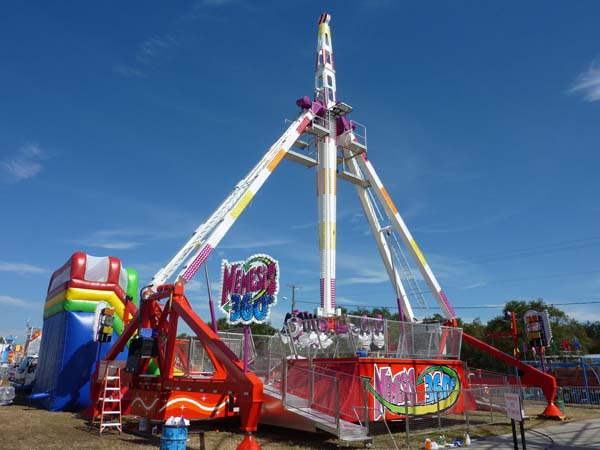