Described as: “The world’s first totally mechanised team sport,” WhirlyBall is, a combination of bumper cars, basketball, Jai-alai and hockey.

Perhaps a little too late to be included in this summer’s Olympic games, it’s the centrepiece of a new attraction in Orlando called the WhirlyDome.

Typically played in a five-on-five configuration, WhirlyBall features players piloting WhirlyBugs bumper cars as they use a scoop to pass and shoot a plastic ball at their opponent’s goal. Flo-tron Enterprises is the creator and manufacturer for WhirlyBall, including the bumper cars and floor pick-up system. 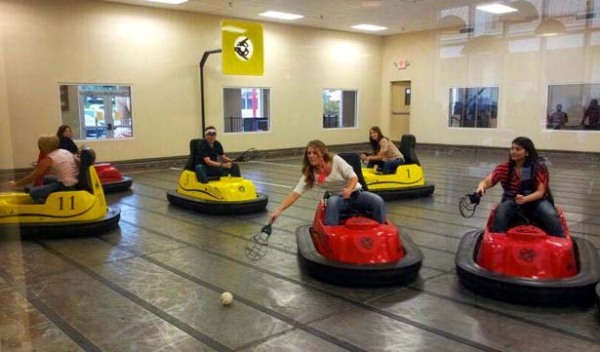