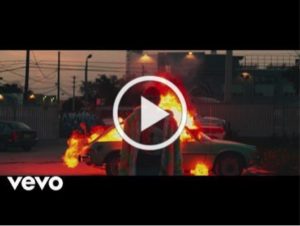 Popular rock group Imagine Dragons has released a video for its song “Zero” which is featured in the arcade-themed hit Disney movie “Ralph Breaks the Internet.” In the first minute of the “Zero” video, lead singer Dan Reynolds of Imagine Dragons walks into the arcade singing the song as he passes a red Intercard iTeller at the right of the frame. A number of Intercard iReaders are also seen in the background.
“This is the first time that an Intercard iTeller has appeared in a video for a top band and a major movie release,” says Lynda Brotherton, global marketing director for Intercard. “While it’s a cameo appearance, we hope that our iTeller will get noticed by a savvy Hollywood casting director and go on to bigger roles.”
The video was shot at Fun Dimension FEC in Miami, one of Intercard’s customers. Fun Dimension has more than 40 arcade and redemption games as well as laser tag, virtual reality and other top attractions. “The producer of the video liked the modern design of our center, which features LED lighting that gives it a great “look”,” says Joyce Frohman, co-owner of Fun Dimension.
Fun Dimension opened in November 2017 in the popular Wynwood Art District and is already a hot location for video and event production. Among the recent productions shot there were cast interviews for the Latin American release of the movie “Tag” and a launch party for the Miami Heat NBA basketball team’s new jersey colours.