Over the years, IAAPA has received several requests from its manufacturer and supplier members to find a way to help protect their intellectual property – such as patents, trademarks and copyright associated with amusement rides. Following the introduction of the association’s new Intellectual Property (IP) programme this summer at Asian Attractions Expo in Hong Kong, IAAPA stepped up its efforts at Euro Attractions Show in Berlin and IAAPA Attractions Expo in Orlando. During the latter event, specially appointed IAAPA representatives addressed 40 cases involving the removal of trade show exhibits, catalogues, posters and other content believed to be in violation of the new IP policy, with two exhibitors subsequently leaving the show floor.

Why is IAAPA acting now on IP, and what has prevented you doing so sooner?

Chip Cleary – When I arrived at IAAPA as president/CEO, there were a lot of things that were pressing, and protection of intellectual property was high on the agenda. What we’re trying to develop is a programme based on the work of other associations that have similar initiatives to protect their members.

There will be a voyage to get this programme to where we ultimately want it to be. In this first year there will be mechanisms when someone blatantly shows up on the trade show floor or in an advertisement copying someone else’s product that will allow the person being copied to get some sort of relief. Our hope is that with our first phase people will understand IAAPA is serious about enforcing intellectual property rights.

When we decided to move forward with this initiative, we had to find a law firm with experience in this kind of work. They also had to be able to do it in Asia, Europe, and the United States. Plus, we had to change the association’s bylaws and our Expo contracts. These were very complex processes that took about a year to accomplish.

How many cases of intellectual property infringement is the association currently investigating?

Our focus is primarily on IP disputes that arise at our trade shows. The programme was approved by the IAAPA board of directors in November 2011 and introduced at Asian Attractions Expo this June where the team addressed 12 disputes. There were 13 disputes at October’s Euro Attractions Show in Berlin and approximately 40 at IAAPA Attractions Expo in Orlando this November.

What steps should ride manufacturers that have fear their designs have been copied take, assuming they have not already contacted IAAPA?

The first step is to understand intellectual property rights. A key component of our IP programme is to educate members. We hosted two free member webinars on the topic this year and will schedule another in spring 2013. In addition, if a manufacturer is unsure about their rights, they can always contact our IP team for some general information and direction.

The second component is dispute resolution. The IP programme was developed by IAAPA to respond to complaints on the trade show floor related to copying and infringement. If an exhibitor feels there is an infringement at one of our Expos they should call a special number, or go to IAAPA Central or the dedicated IP Office to report it. If an exhibitor feels their rights are being infringed upon they must have proof that they are the holder of the proper rights. There is a lot more detail on the process in the Exhibitor Services Guides for each show.

We recommend exhibitors do as much as is possible to protect themselves and consult with specialists in this field before an issue occurs. Exhibitors should consider obtaining trademark, copyright, and if possible, patent protection for their products, catalogues, brochures and other marketing materials.

Do you expect offending manufacturers to return either as the same companies, or with a new identity?

We live in a complicated world so it would be inappropriate for us to comment on what may or may not take place in the future.

Is there an obligation on IAAPA and other publishers to stop known offenders advertising in the trade press?

As part of the IP programme, we will address any claims that arise out of content published in IAAPA-owned publications.

Do you consider using photos from other manufacturers’ brochures as an offence?

Is there anything that can be done inside those countries where there are blatant IP infringements? Is it considered a problem by the relevant authorities in these countries?

Intellectual property issues can occur in any country in any part of the world. We are committed to educating all of our members around the globe on these issues. We will also look for opportunities in each of our operating regions to help educate governments and regional associations and focus their efforts on protecting IP rights in their own regions.

It’s easy to single out certain countries as hotspots of IP infringement, but do you also see innovation emerging from some of these places too?

There are thousands of companies who work diligently to produce and market innovative, high-quality items all around the world. Unfortunately, a few “bad apples” really are the cause of the IP problems within our industry. As the IAAPA Intellectual Property programme becomes more known, we hope those “bad apples” will get the message and focus more on creating their own unique products.

What would be your advice to any park operators tempted to buy a ride that looks like a cheaper replica of another manufacturer’s product?

You get what you pay for. If a deal looks too good to be true, it probably is. Make sure you thoroughly review all engineering drawings and have them reviewed further by a third-party expert before you make a deal to ensure you are purchasing a high-quality, reliable attraction that is designed according to ASTM or EN standards.

We’ve learned a lot as we’ve set up this programme and our IP experts have told us that if you ignore the “red flags” and buy a product that does not meet the applicable standards, or otherwise is counterfeit or performs poorly, you could be liable for any harm or damage that occurs while the ride is in use. In addition, if you add an attraction that infringes on another party’s intellectual property rights, you may be faced with a demand to have the attraction removed or shut down. 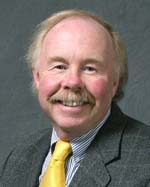 IAAPA’s Intellectual Property (IP) programme includes an agreement that all manufacturer and supplier members must attest that they own the intellectual property of their products. Should a viable claim of infringement be formally filed with IAAPA, a third party will then undertake an adjudication process.

As a result of the new policy, any IAAPA member or non-member that exhibits, purchases advertising or buys a sponsorship at one of the association’s events must now sign up to the IAAPA policy and procedures on IP, promising that own the intellectual property of their featured products. The association’s outgoing chairman and CEO Chip Cleary and his successor, Paul Noland, expect to refine the programme as IAAPA and its members learn more about the industry’s needs.

IP infringement issues or questions that arise at other events or in the general marketplace are not within IAAPA’s remit and must be handled through appropriate legal channels, not through the association. This was exactly the route taken by Zamperla (see below).

At the beginning of November’s IAAPA Attractions Expo in Orlando, Zamperla SpA and Zamperla Inc (the company’s US operation) announced that they obtained judgments in the Federal Court of Orange County Florida against three Chinese ride manufacturers.

In his ruling, Judge Roy B Dalton found the defendants’ actions in copying at least 183 Zamperla products to be “deliberate, willful and intentional”. The court further stated, “The public interest is served in this case because an injunction will ensure imitation amusement rides, which may not meet the safety standards of the Zamperla Plaintiffs’ rides, are not passed off as, or confused with the amusement rides manufactured and sold by the Zamperla Plaintiffs”.

The final judgment provided for triple damages worth in excess of $138 million (€107m). The defendants are Golden Horse Amusement Equipment Co Ltd, which was found to have illegally copied at least 83 rides and judged liable for $91,219,767, Beijing Jiuhua Amusement Rides Manufacturing Co Ltd, liable for $45,237,378 after copying at least 66 rides, and Beijing Tongjunweida Play Equipment Co Ltd, which copied at least 34 rides and is liable for $2,410,650.

On the afternoon of November 13 at IAAPA Attractions Expo, US Federal Marshals seized all materials in the booths of Golden Horse and Beijing Jiuhua Amusement Rides and served them with papers requiring them to appear for additional legal proceedings.