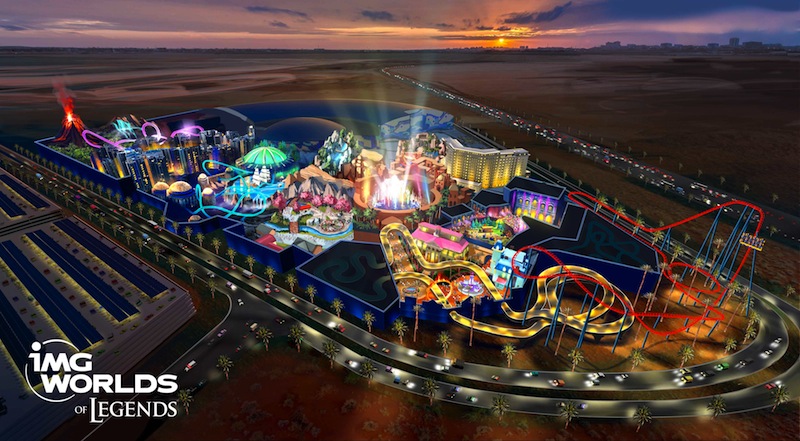 Having just launched one of the word’s largest indoor theme parks, most developers might concentrate on fine-tuning their operation before planning anything new. But this is Dubai, where they do things differently. Opening for IMG Worlds of Legends is projected for 2020, the year Dubai hosts the Middle East’s first World Expo.

Whereas IMG Worlds of Adventure features zones dedicated to Marvel, Cartoon Network, dinosaurs (Lost Valley) and the “home grown” IMG Boulevard, the new park sees IMG partner with brand owners including Nickelodeon, Ubisoft (Raving Rabbids), Saban (Power Rangers), Mattel, Pokémon and Animé – representing one of the largest ever global licensing deals in the theme park and attractions industry. Many of the associated intellectual properties (IP) will be making their worldwide theme park debut in Dubai.

The new park, which will be open 365 days a year, will feature a retractable roof and be linked to IMG Worlds of Adventure via a sky bridge. Guests will be able to chose from either a multi-park pass or individual day tickets to each park. Visitors to IMG Worlds of Legends they are promised “futuristic interactive rollercoasters, state-of-the-art rides, breath-taking water-based attractions, and spectacular live entertainment” in a temperature-controlled environment, allowing them to escape the desert heat in summer or bask in the sun in winter. As well as the ride and attractions, details of which have yet to be confirmed, 104,000 sq ft of food & beverage space 102,000 sq ft of retail space is promised.

In announcing its ambitious expansion plans barely three months after the August 31 opening of IMG Worlds of Adventure, the Ilyas & Mustafa Galadari Group is clearly keen to place itself in a strong position as other new parks open across the United Arab Emirates, and also be ready to welcome the many extra visitors expected in the region when Dubai hosts Expo 2020.

“We are committed to bringing the boldest, most dynamic attractions to Dubai, combining innovative rides with value entertainment for the whole family,” said brothers and IMG co-chairmen Ilyas and Mustafa Galadari in a joint statement. “We are encouraged to look to the future as Dubai races towards fulfilling the vision of His Highness Sheikh Mohammed Bin Rashid Al Maktoum, vice-president and prime minister of the UAE and ruler of Dubai, to attract 20 million visitors to the emirate by 2020. We are fast becoming the family entertainment capital of the Middle East with high growth prospects that permit us to plan for the long term.”

Themed lands and attractions at IMG Worlds of Legends can be expected based around the following IPs:

The park will also feature two of IMG Worlds’ proprietary brands, Legends of Arabia and Lost Valley – Dinosaur Adventure, as well as additional IPs from existing IMG Worlds of Adventure collaborator Cartoon Network, including We Bare Bears and others to be confirmed. 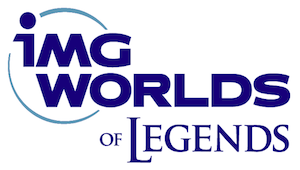 I’m Dreaming of a Frosted Christmas

Seabreeze goes back to the future