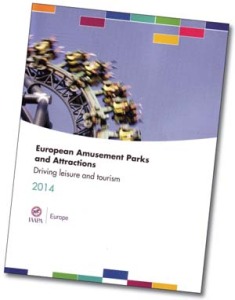 IAAPA Europe has launched a manifesto to give policymakers, including new European commissioner for tourism Elżbieta Bieńkowska, a clear idea about some of the key issues that matter to its members.

“When politicians think leisure and tourism they need to think amusement parks and attractions because our members are attracting record breaking numbers of visitors and in turn jobs and investment for Europe,” highlights IAAPA Europe vice-president Karen Staley. “As our sector looks forward to the next five years we see that in several areas such as VAT, internal market policy and labour law, there is still work to be done if our members are to have the best conditions for growth.”

“Behind the fun and escapism of a day out spent at an amusement park, there are some hard economic facts and figures,” adds Liseberg CEO Andrea Andersen, who serves as IAAPA’s European Advisory Committee chairman. “We’re also a sector that is capital intensive; we need to invest in new and existing rides to guests coming back to our parks and attractions. Very often this investment stays in Europe as most suppliers of new rides are based here.”

“I cannot offer you a lot of solutions today, but I understand the issues,” said Tudini. She also remarked that is was not here role to, “harmonise laws.”

The latter may come as a frustration to those campaigners seeking parity amongst value added tax (VAT) rates for parks and attractions in Europe, Aldecoa highlighting during his presentation how widely they vary – from 3% in Luxembourg to 27% in Hungary. What remains significant on this issue is the reduced rate levied in some countries on tourism services. Spain for example, scrapped it last year, forcing park operators like PortAventura to leap from 9 to 22% VAT in a single season. Aldecoa and his team absorbed the increase (at a cost of several million Euros) while other Spanish parks laid off staff. Clearly it is important to reinforce the case for a reduced rate, via arguments such as the industry’s capital and labour intensive nature (it is often one of the first employers of young people). There was a worrying issue put forward in the press conference, however, by a journalist from the Netherlands, who suggested there is some pressure to abandon the reduced rate in this country as tourism is considered a “luxury”.

Among other issues that IAAPA is campaigning on as part of the European manifesto is fair competition between public and private sector attractions, the association asking that, “free or subsidised entry to new publicly funded attractions should be offered only where it does not have a negative impact on existing commercially operated attractions.” There has in the past, for example, been some publicly funded attractions developed based on poor feasibility studies. As a result, some have either failed or needed further public support to keep going. IAAPA Europe does, however fully support the policy objectives set out in a 2010 European Commission document regarding the stimulation of competitiveness in the tourism sector and is keen to see that, four years on, more work is done. Easing barriers to visas for non-EU tourists is one thing that will help IAAPA’s members attract more trade, for example.

Safety, of course, remains, the industry’s number one priority, and it was noted that that industry best practice in Europe exceeds the minimum requirements of the EN13814 standard by a considerable degree. Accessibility should be considered an opportunity for IAAPA’s facility members, not least because approximately 80 million Europeans – 15% of the population – have some form of disability. Sustainability also presents both challenges and opportunities. Many parks, especially, those in Scandinavia, are important community assets, while French attractions like Puy du Fou and Futuroscope are closely linked with the regions in which they reside. IAAPA therefore asks for greater collaboration between local and regional authorities to manage sustainability issues like transport and use of resources more effectively. The association also wants greater support for high-tech engineering, the harmonisation or certification processes and stronger emphasis on intellectual property protection in order to further stimulate Europe’s ride manufacturing industry.

“Useful progress has been made in the last five years,” in relation to many of the issues above,” concluded Kieran O’Keeffe, but IAAPA must not be complacent. Currently Europe attracts just 2.5% international visitors, compared to 6.9% in Asia and the US, and 5.4% in Africa.

Polish-born tourism commissioner Elżbieta Bieńkowska appeared before the European Parliament on the 2 October to present her priorities for the next five years. After the launch in Amsterdam on 25 September, IAAPA Europe plans to take its manifesto to Brussels where a presentation to members of the European Parliament is scheduled for the 4 November. 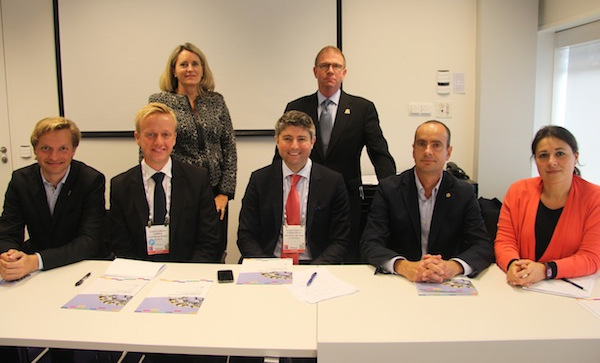 euros – annual investment in capital expenditure, €558m of which is spent in the EU