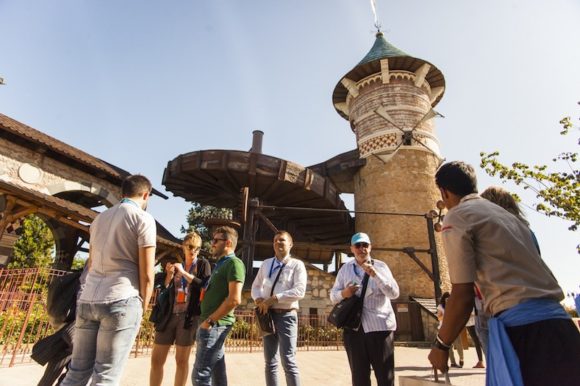 Members attending this May’s IAAPA EMEA (Europe, Middle East & Africa) Spring Forum by the banks of Lake Garda in Northern Italy were treated to a rich itinerary comprising visits to three theme parks, a waterpark and an aquarium, plus a plethora of networking lunches, cocktail receptions and dinners.

Based at the Gardaland Hotel, the three-day event (May 23 to 25) followed last year’s successful Spring Forum from the International Association of Amusement Parks and Attractions (IAAPA) in Istanbul. Around 170 delegates, including park operators, suppliers and industry professionals from across the EMEA region, gathered at Gardaland to catch up with industry colleagues and share thoughts, concerns and ideas in relaxed surroundings. 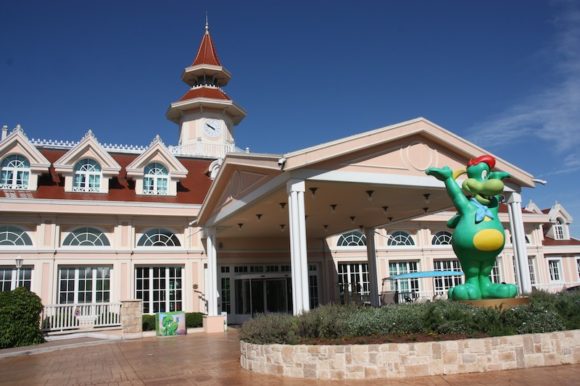 After a morning of committee meetings, the event began with a networking lunch on Monday afternoon (May 23), followed an an address of welcome from Gardaland CEO Aldo Vigevani and general manager Danilo Santi. The afternoon continued with a tour of Gardaland Resort’s Sea Life aquarium and a sneak peek of the new Gardaland Adventure Hotel developed by park operator Merlin Entertainments. This, the second hotel on site at Gardaland Resort features a choice of Jungle, Arctic, Wild West and Arabian themed rooms plus a Tutankhamon Restaurant. 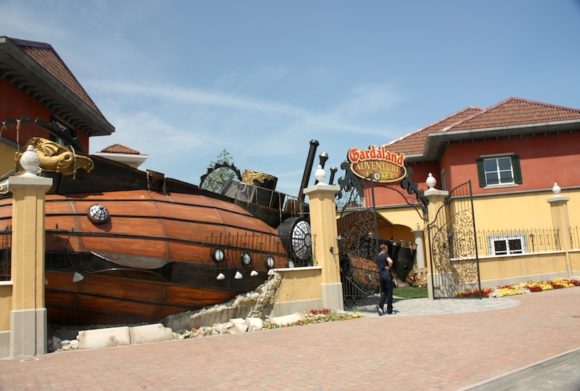 The evening programme commenced with an awards ceremony from the Italian park enthusiasts’ website Parksmania, one of the Spring Forum’s sponsors alongside Polin Waterparks, the trade associations ANCASVI and ANESV-AGIS and the Italian Trade Agency. IAAPA members and guests then convened at the nautical themed Locanda Del Cosaro Nero restaurant for an enjoyable networking dinner. 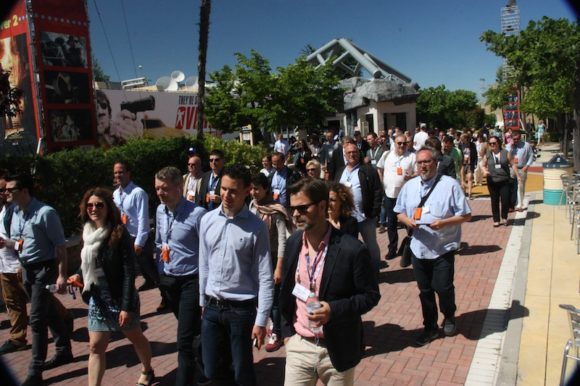 It was an early start on Tuesday as delegates gathered in the hotel lobby ready to bussed over to Canevaworld, even closer to Lake Garda. Founded over a decade ago, this plucky resort comprises Movieland park and Caneva Aquapark, Medieval Times dinner show and Rock Star Restaurant. Here presentations were delivered by Canevaworld’s own Fabio Amicabile alongside Bernard Giampaolo, CEO of Mirabilandia park near Ravenna. A whistle-stop tour of Movieland and the adjacent Caneava Aquapark followed, during which many of their inventive rides and attractions were showcased and some Spring Forum delegates even landed a role in the Overdrive stunt show! A fast food buffet was enjoyed in the Rock Star Restaurant. 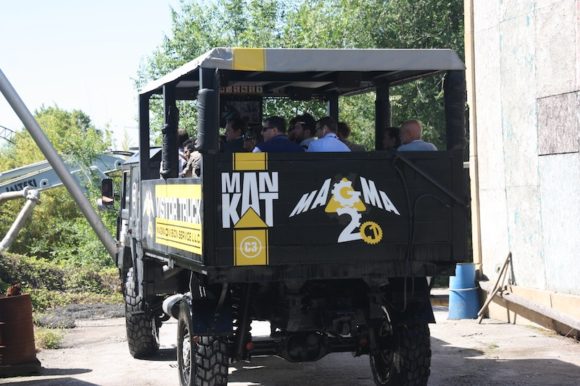 Tuesday afternoon was spent over at Leolandia, a small to medium-sized park to the north of Milan that has enjoyed exceptional results in recent years due to various improvements including the arrival of Peppa Pig and other intellectual properties. 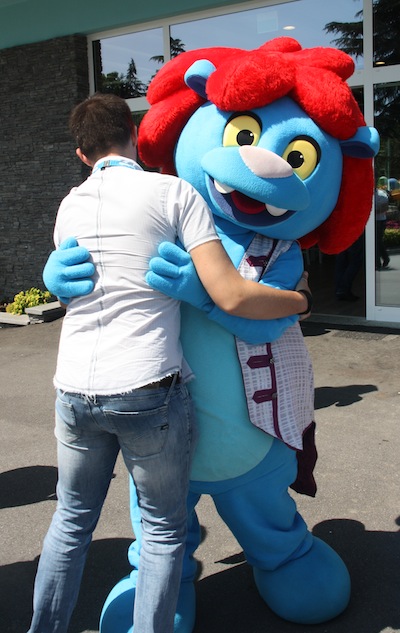 A warm welcome at Leolandia

Last season the park, which began life a model village called Minitalia and once peaked at a million annual guests, welcomed 600,000 visitors – a significant improvement on the 220,000 that visited in 2007. After a great start to 2016, vice-president of strategic development Massimiliano Freddi expressed his hope that the park might finish the season with over 700,000 guests. Not bad, considering only five parks in Italy attract more than 300,000 each year! Leolandia’s renewed success is arguably down to its attention to detail and keen focus on the family market, so much so that the park is considering removing a few of its thrill rides in the years to come. 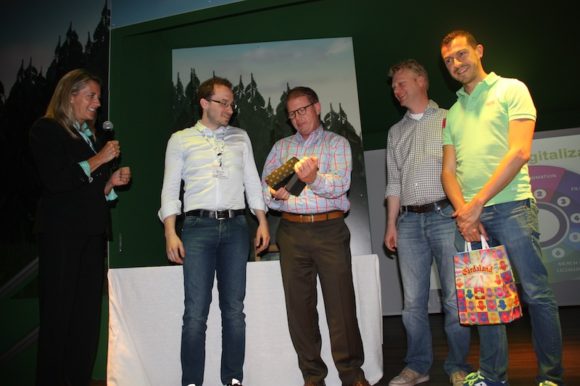 IAAPA shows its appreciation to the guest speakers at Leolandia

During a educational session at the park, Spring Forum guests were able to learn more about Celandine’s approach to IP, followed by a masterclass on the subject from Plopsa Parks CEO Steve van den Kerkhof. Asked why the Italian park had never bought a licence from Plopsa’s parent company Studio 100, Freddi retorted: “Because you are too expensive!” Van den Kerkhof’s candid presentation included examples of Studio 100 hits and misses from Belgium, the Netherlands and Germany, where after killing off Holiday Park’s Holly mascot on buying the park in 2007, the company has just engineered his comeback as part of a clever marketing campaign. Steve rounded off his talk by predicting that as consumers face more and more distractions online and on TV, brand owners may turn increasingly to theme parks in order to help them build enduring IPs that can then be exploited across other platforms. So, rather than paying for licences, parks may even get paid for integrating brand owners’ chosen IPs! Dinner on Tuesday was enjoyed in a charming family restaurant high above the nearby city of Bergamo, during which some IAAPA members and staff were even spotted playing the piano in the street outside! 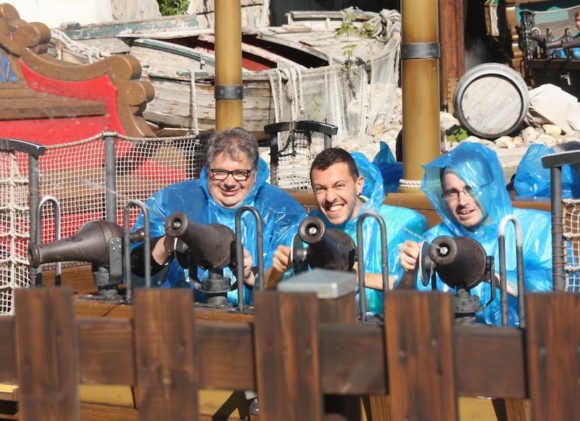 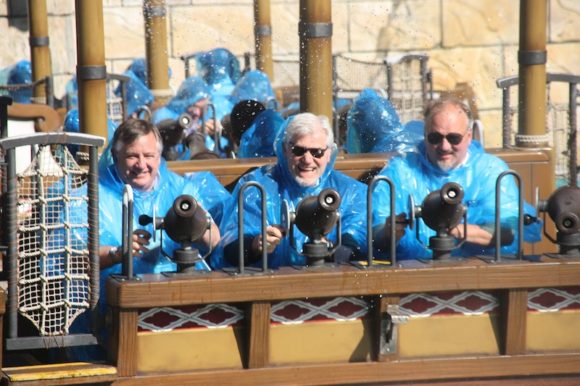 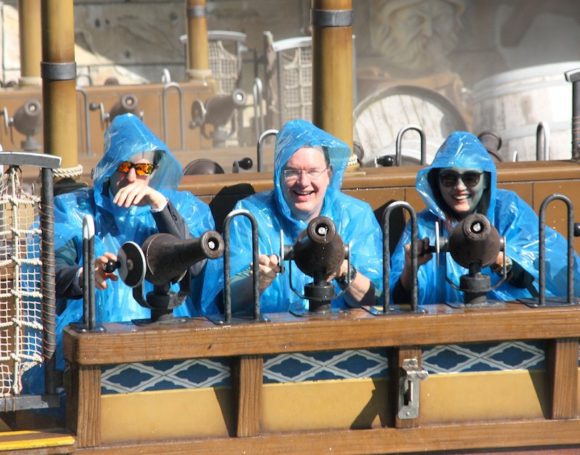 Who knew it was possible to get round Italy’s largest amusement park in just two hours? That’s exactly what Spring Forum guests did on Wednesday morning as they were split into four groups for a guided tour of Gardaland, taking in such highlights as the Fuga da Atlantide water coaster, Tornado, Oblivion, Mammut, Sequoia Adventure and Raptor rollercoasters, and the new themed land Kung Fu Panda Academy (see page 50). Lunch at Gardaland Adventure Hotel’s Tutankhamon Restaurant brought the IAAPA EMEA Spring Forum 2016 to a close, after which delegates were able to enjoy some free time on the park. 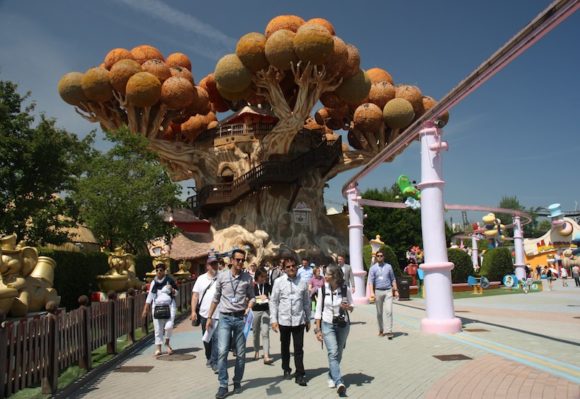 It was a gorgeous day at Gardaland!

“Spring Forum is a good mid-point event for attractions leaders to gather and experience other facilities prior to the high season,” notes IAAPA EMEA senior vice-president, Karen Staley. “Our hope is that all those that attend this event will go back to their parks rejuvenated with new ideas and concepts for the current and future seasons!”

Whilst most did head home after the event, a handful (including senior IAAPA staff such as CEO Paul Noland) stayed on in Europe to attend the IAAPA Institute for Attractions Leaders at Efteling in the Netherlands from May 29 to June 3. A busy week! 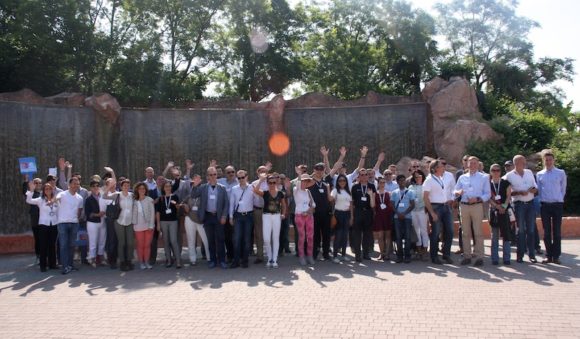 If you’re reading this and feel you missed out by not attending the IAAPA Spring Forum in Italy, fear not, further networking opportunities for IAAPA members in the EMEA region are on the way. On Monday, August 8, the association will enjoy an evening event at Pairi Daiza in Belgium, recognised as one of the most authentic animal theme parks in Europe. Then, the following month, it’s the big one, as Euro Attractions Show (EAS) takes place in Barcelona from September 20 to 22 (Tuesday to Thursday). As well as the exhibition and conference, many supporting events, educational sessions and networking opportunities are planned so check out the EAS website for all the details and to make the most of your time in this fantastic Catalan city.