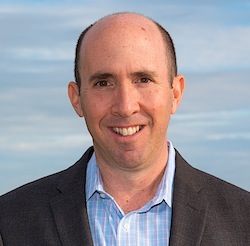 David Rosenberg (pictured) has been elected second vice-chairman of IAAPA, following the passing of Al Weber Jnr, who had been elected to the position in September.

Rosenberg is a vice-president of Monterey Bay Aquarium in California and will serve as second and first vice-chairman of IAAPA before leading the association for one-year as from November 2018.

His career began at Walt Disney World in Florida, before he rose to the executive ranks of Hyatt Hotels Corporation at some of their top properties in the United States. He joined Monterey Bay Aquarium in 2007.

Rosenberg is already an active member of IAAPA, having recently served on the board of directors and was chairman of the global membership committee. He has served as chairman of the IAAPA zoos and aquariums committee and was a member of various constituency committees. In 2015, he was awarded the prestigious IAAPA Outstanding Service Award for his contributions to the global attractions industry.

Santa Park – the Finnish attraction where it’s Christmas every day