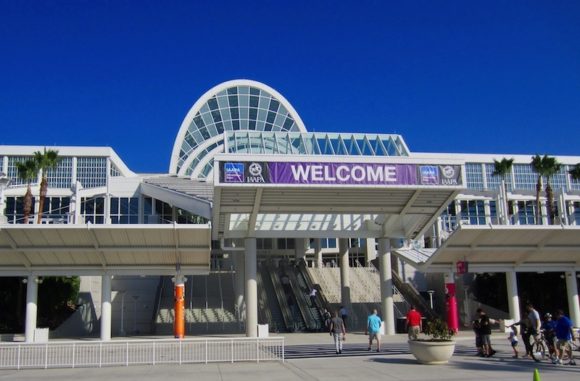 Exhibitors suspected it and, during this November’s IAAPA Attractions Expo in Orlando, it was confirmed. There were more attendees at the week-long trade show and conference than ever before. Here’s Park World’s recap of the week.

A total of 35,100 parks and attractions industry professionals gathered at the Orange County Convention Center from November 14 to 18 to browse products and services from 1,136 exhibitors.  That attendance is almost 2,000 up on the previously most busy IAAPA Expo, the 1997 event in Orlando, when 33,146 professionals visited. Last year (2015), 32,900 passed through the doors of the Orange County Convention Center. Of this year’s attendees, more than 22,600 were classed as buyers, including attractions owners, presidents, general managers, directors and managers.

“Show attendance has been up noticeably compared to past years” Tim Timco of S&S – Sansei accurately observed on the third day. I think that’s a direct result of the industry being in a very good place now. In terms of S&S, we’ve had the most scheduled meetings in recent memory. As a result of those meetings we continue to build our business for many years to come.”

Whilst no one could fault the footfall, one or two people did comment to Park World that, as IAAPA’s Asian and in particular European shows grow in support and stature (both also experiencing record numbers in 2016), they had noticed attendance in Orlando beginning to take on a more domestic US flavour. One such person was Chuck Bingham of Martin & Vleminckx Rides: “The show has been good. But there are zero European buyers here and very little from the Middle East. The IAAPA show in Barcelona is so close to this show that it’s had a real effect on European attendance here.”

“Most visitors are Asian visitors because of growing markets in India, Indonesia and China,” added Peter van Bilsen of Vekoma Rides Manufacturing. “It’s been a very good show because the quality of visitors and projects are fantastic.” 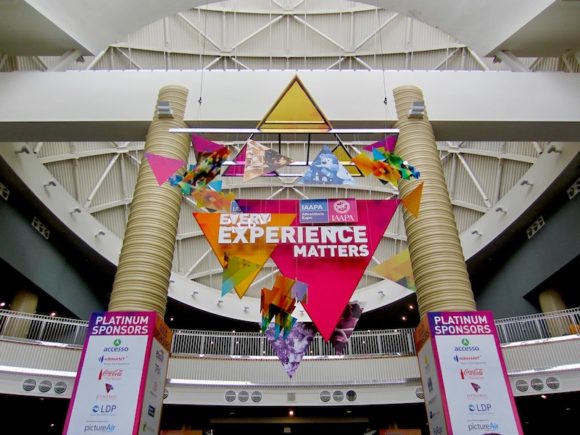 Industry energy
“The energy in the convention center is at a high and it’s translating to wonderful meetings and new friendships,” reported Sally Corporation boss John Wood. “With the new products we are presenting there has been a constant flow of traffic and our booth has been filled all week long.”

At a new location on the show floor, Stan Checketts of Soaring Eagle said, “We had a good show, with more people visiting. Everyone had a more positive attitude.”

“The level of optimism is better than it’s been for about eight years,” commented Dick Chance of Chance Rides. “Traffic has been non-stop. Day two was as busy as I can remember.”

“I think it’s one of the best shows ever,” enthused Wuthichai Luangamornlert, managing director of Siam Park City in Bangkok. “It brought me up to speed on what’s happening in the industry. We see it here at the trade show, and then we see it in action in locations around Orlando. People are excited. The industry’s growing. There are new people coming to the industry, and IAAPA provides the education that they need.” 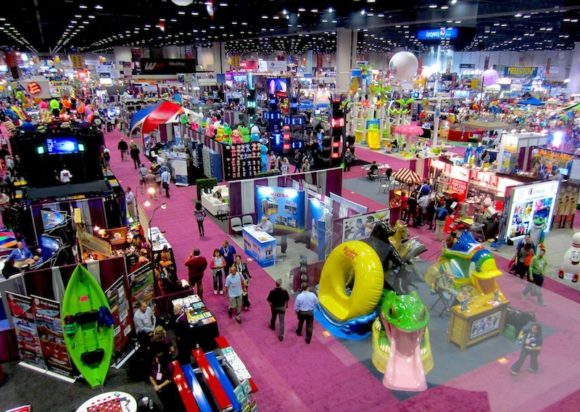 IAAPA elation
“What an amazing week and year,” reported Paul Noland, IAAPA president and CEO. “This record-setting show caps off a record year for IAAPA expos around the world. The success of Attractions Expo 2016 is an indication of sustained growth in the industry”

“It’s been such an incredible show all week,” noted new IAAPA chairman Greg Hale of Disney. “The weather’s been gorgeous, the show floor’s been packed, and there is more visitors than we’ve ever seen before. IAAPA Attractions Expo 2016 demonstrated the health of our industry is continuing to grow around the world.” 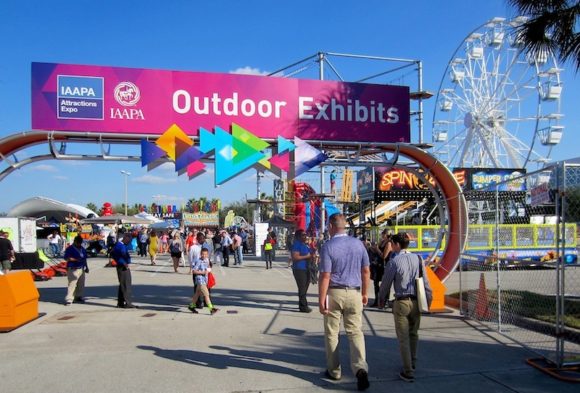 A total of 670 people attended the GM and Owners’ Breakfast on Wednesday morning (November 16) to hear keynote speaker Steve Van den Kerhkoff outline the Plopsa group’s IP-led theme park strategy in Europe – and everyone in the room left with either a Wickie the Viking helmet or Maya the Bee hat!

A most entertaining session later the same day was the Legends panel moderated by BRC Imagination Arts founder Bob Rogers. Always well attended, and with a strong focus on Disney, this year’s discussion focused exclusively on one project: Disney Shanghai Resort, where Walt Disney Imagineering’s Craig Russell noted: “We were not building a park in China; we were defining the Disney brand for 1.4 billion people.”

“The education seminars have been fantastic this week,” observed Denise Beckson, director of operations and human resources with Morey’s Piers in New Jersey. “We’ve had great participation in sessions, in the EDUTours, and in our special events. I hope attendees take away things they’re able to take back and implement in their business, to have an experience here that matters and they’re able to take home.”

After dark in Orlando

Greg Hale’s comments (‘IAAPA Elation’) about the weather in Orlando will be somewhat irrelevant to those who spent most of the week indoors, at the Orange County Convention Center and in bars, restaurants and hotels in and around International Drive. Each evening, as Expo attendees left the main venue, they walked out to find darkness had descended over the Florida city. Yet there were plenty of networking events to add a little sparkle to the night’s proceedings.

The official IAAPA Opening Reception at the convention center was where 1,270 people headed straight after the show on Tuesday. That same night no fewer than three parties were held at Pointe Orlando, the TEA Mixer at Fat Fish Blue proving even more popular than the Opening Reception with 1,700 guests over the evening, while dancing as well as socialising was enjoyed by many attending the Blooloop party at BB King’s Blues Club and the WhiteWater party at Lafayette’s.

As well as the European & Middle East, Latin America and Waterpark receptions held on Wednesday, Great Coasters and VR Coaster repeated their evening event at Fun Spot America, at which all attendees were provided with complimentary food, drinks, rides and even a ride photo.

On Thursday, the IAAPA Celebrates at SeaWorld event perhaps came a little too soon after the 2013 shindig at the same park. Alternative events that evening included the FEC Party at the Brickhouse Tavern on International Drive, where guests could participate in ice-breaker games over a few craft beers, and The Hettema Group reception at the Grand Hyatt. And for those that didn’t know when to call it a night, there was always the Premier Rides and Ripley’s party each night ’til late at the same hotel, where gifts and glamorous outfits were always on hand (but that’s enough about the two Jims).

IAAPA Attractions Expo returns to Orlando from November 13 to 17, 2017, and then each year until 2030. With this year’s gathering worth an estimated $51.3 million to the Orlando-area economy, it’s no wonder the local authorities, Orange County Convention Center and local business are so keen to keep the event in town. For the IAAPA head office staff, set to make Orlando their new home in 2017, it should also make planning the Expo a little easier too. And for industry professionals like you, it will mean you never miss a beat at some of the world’s leading theme park and attractions over the next 14 years! 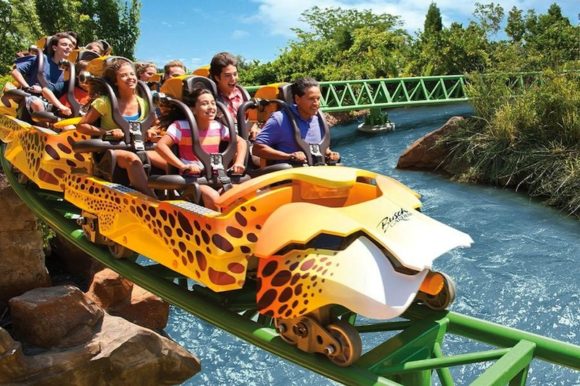 Busch Gardens Tampa (pictured above) is one of the world’s most admired theme/amusement parks. You probably already know that; you may even have a soft spot for it yourself. But now it’s officially been recognised as one of the best, picking up the Applause Award for 2016 during IAAPA Attractions Expo. This prestigious award, handed out to one winner every two years by Liseberg, honours a park whose management, operations and creative accomplishments have inspired the industry with foresight, originality and sound business development.

“With a unique mix of world-class attractions, outstanding animal exhibits and strong seasonal events, Busch Gardens Tampa is not just one of the leading destination parks in North America, but also a favourite amongst Florida residents”, notes Andreas Andersen, CEO/president of Liseberg, chairman of The Applause Award board of governors and IAAPA vice-chairman.

This year’s new inductees into the IAAPA Hall of Fame are a park operator/engineer and, for the first time ever, an amusement industry journalist (fancy that).

“It is with great pleasure that we induct Roland Mack and Tim O’Brien into the IAAPA Hall of Fame, the industry’s highest individual honour,” announced Jack Morey, current chairman of the IAAPA Hall of Fame and Archives Committee and executive vice-president of Morey’s Piers. “Roland and Tim have dedicated their careers to the attractions industry. Whether innovating a new ride or attraction and creating memorable guest experiences or capturing those experiences in writing and photography and telling the industry’s story, Roland and Tim’s passion for the attractions industry will leave a lasting impression.” 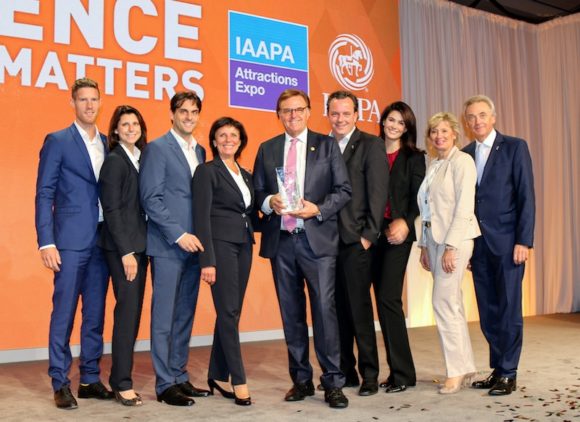 Europa-Park’s Roland Mack with his Hall of Fame award, joined on stage by his family

Recognised with IAAPA Service Awards for their many years’ dedication to the association were John Wood of Sally Corporation, Laura Woodburn of Hersheypark and  Dorothy Lewis of Xpress Posts.

As a novel marketing tool, Expo exhibitor Alterface chose to honour some of its best clients and partners with its first ever Interactive Pioneer Awards during a cocktail reception on the show floor (Tuesday). Fun categories included “Serial Alterface Product Lover”, won by Futuroscope in France, and “Superhero Ride Addict”, awarded to Sally Corp’s John Wood. Other winners were Maus au Chocolat at Phantasialand (Germany), Castle of Chaos at Hollywood Wax Museum (Branson, Missouri) and Plants vs Zombies at Carowinds (North Carolina). Those attending the reception in the Alterface booth were even treated to some edible awards – and who wouldn’t want to try one of those? 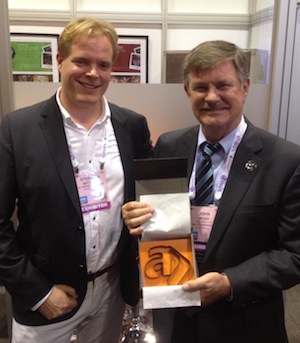