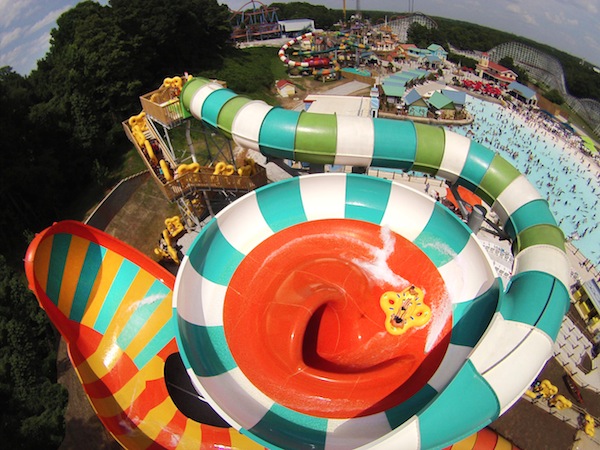 Six Flags Over Georgia (SFOG) is the latest ‘Flags property in the United States to add a Hurricane Harbor-branded waterpark.  Best of all, guests can enjoy its four new water attractions included in the price of regular amusement park admission.

The seven-acre facility opened back in May and represents the largest expansion in the Atlanta venue’s 47-year history.Six Flags already owns and operates a standalone waterpark 20 miles from SFOG called White Water, but the new facility is seen as non-competitive thanks to its combination of both wet and dry attractions. Waterpark fans can, however, take advantage of a combination ticket to the two properties.

“It’s interesting to have the waterpark expansion in the dry park area,” observes Rich Hunter of ProSlide in this month’s Fun World magazine. “I think what Six Flags Over Georgia is doing is bringing more value to the guests experience.

“Hurricane Harbor is unlike any other waterpark in the region and will quickly become a must-visit destination for all of Atlanta and the southeast region,” notes park president Dale Kaetzel. “It will create a ‘getaway atmosphere’, as guests are able to cool off on several first-of-a-kind water attractions and then take flight on one of our 11 world-class rollercoasters, all in the same day.” 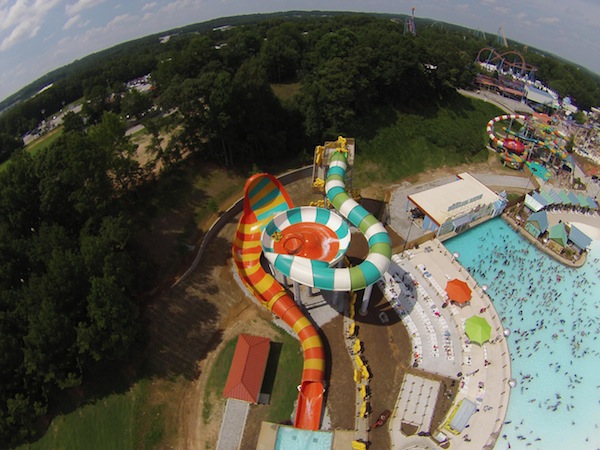 Tsunami Surge  – pictured – is world’s first hybrid BehemothBowl + TornadoWave combo from ProSlide. The headline attraction, which is ridden in four-person ‘clover’ tubes, starts with a drop through an enclosed tube into a whirlpool bowl and then out into a massive orange-rimmed wave wall for a moment of zero gravity before riders are eventually dispatched into the pool below.