Attractions as diverse as AsiaWorld-Expo, Ocean Park and the Ngong Ping 360 cable car have come together to form a new trade association, HKAAPA.

The Hong Kong Association of Amusement Parks and Attractions, which was inaugurated on November 1, aims to promote safety, connect members with manufacturers and suppliers, and encourage young professionals to drive tourism forward in the Special Administrative Region of China.

“Over the last decade, Hong Kong has seen a boom in the number and variety of attractions to meet the surge in visitor arrival,” notes Ocean Park’s Paul Pei, who serves as HKAAPA president. “It is now the opportune time to establish an association focusing on the betterment of attractions and theme parks in Hong Kong. We are confident that HKAAPA will mutually benefit the members and strengthen the position of Hong Kong as an ideal travel destination.” 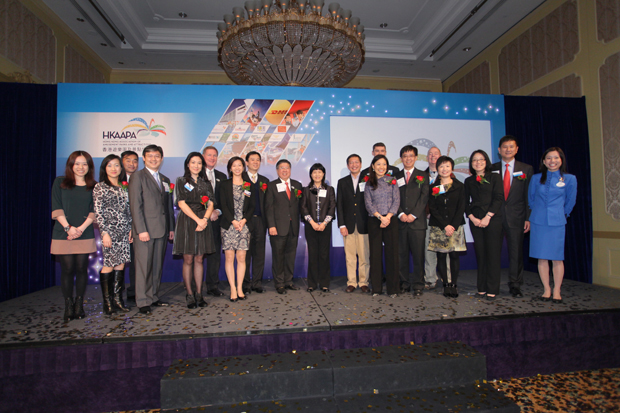 Hong Kong Disneyland Resort is one of the most popular attractions in Hong Kong, and has received more than 31 million guests from around the world since its opening in September 2005. Hong Kong is one of the only five locations in the world that is home to a Disney theme park and the many adorable Disney characters.

Future Leisure’s 15-minute Hong Kong Balloon ride offered guests a once-in-a-lifetime experience to catch a glimpse of Hong Kong as they floated 100 metres above the hustle and bustle of the city. The balloon will hopefully be back soon in a new location, and with a much improved model be able to fly in nearly all weather conditions

Noah’s Ark Theme Park hosts the world’s only full-sized replica of the legendary biblical ark and features live animals, gardens, 4D movies and the newly opened Solar Tower. Not only does it offer wholesome activities but it also showcases the unique culture and history of Hong Kong, making it an ideal destination for families.

Madame Tussauds Hong Kong, housing over 100 incredibly life-like wax figures, is a celebrity-inspired attraction that connects guests with famous people, famous events and famous times. Guests are also offered unique interactive experiences with the A-list celebrities at the attraction as they enjoy a close encounter with their idols.

Ngong Ping 360 is your gateway to a Sky-Land-Sea Lantau adventure, and is the perfect escape from the hustle and bustle of the city. The full day experience begins with a 25-minute cable car journey surrounded by panoramic vistas of Lantau Island, which brings you up to the cultural showpiece of Ngong Ping village. From there, tour buses and sightseeing boats take you to explore Lantau’s wonders: a tranquil fishing village, rare wildlife, sandy beaches and thrilling water sports.

Founding Member – May Tsang, The Peak Tram & The Peak Tower

The Peak Tram, Asia’s oldest and most famous funicular railway, brings visitors on an unforgettable journey to the Peak, Hong Kong’s most popular attraction. The Peak Tram terminates at The Peak Tower, one of Hong Kong’s most striking landmarks with great shopping, dining, and entertainment. At the rooftop, the Sky Terrace 428 offers a stunning 360-degree panoramic view across the Hong Kong skyline.

How’s business been this season?