Holiday Park recruited children’s illustrators Peter and Heinrich Eberle to design the new area of the park in Hassloch near Mannheim. On Holly’s Wilde Autfofahrt, riders speed past comic features including a drive-in diner and petrol station and can even collect a “speeding ticket” in the form of a souvenir photo.

The attraction features 370-metres of track and occupies a 20 x 40-metre footprint. Eight four-seater cars are used. As well as the new coaster, Holiday Park has also installed a new snack bar as part of Holly’s Cartoon Town.

Coaster fans at the park have also welcomed the return of Expedition GeForce, which reopened on August 5 after an incident earlier in the season. 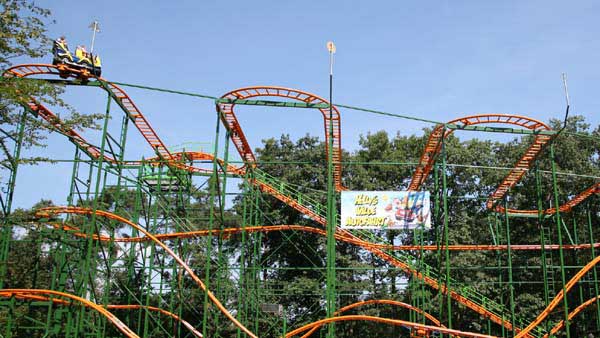 Pictured below: Expedition GeForce – back in action! 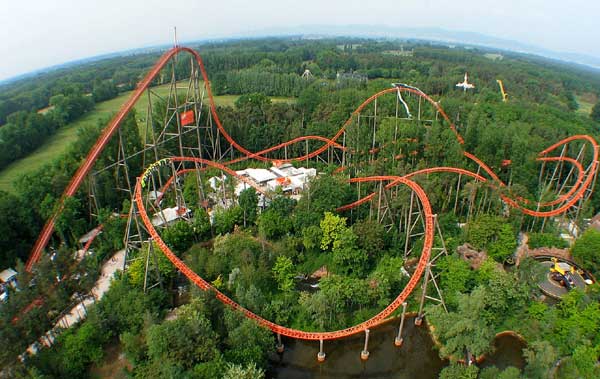